Zingaat, the much-awaited second single of Ishaan Khatter-Janhvi Kapoor’s Dhadak, is out. And it’s just the sort of ‘product’ you’d expect from a ‘vehicle’ crafted by producer Karan Johar and director Shashank Khaitan.

This video was explicitly designed to make the lead pair look good, the setting in which this romance plays out (Rajasthan) to be a character by itself and for everyone else who hadn’t listened to the original, to get a more populist introduction with a better-looking cast.

Congratulations, Dharma! The video looks out-of-this-world. A little too polished, if you ask us. The masterstroke, as KJo earlier mentioned was to not get the remake done by another composer but by the original music-makers Ajay-Atul and to retain the catchphrase of the original Marathi film Sairat’s biggest hit.

Agreed. As sharp as this video looks (and we agree that the story might be different than what we’re expecting, having seen the original), it is a bit underwhelming.

Visually, this has to do with the fact that Rinku Rajguru’s performance has made it impossible for us to look at anyone else as as Archie/Parchi. Sorry, Janhvi. Full marks for trying, though.

And we love Ajay-Atul and Amitabh Bhattacharya, but this is too hard to not say out loud. There’s something lost in translation. We’re still feeling it, but not as strongly as we set out expecting it to. 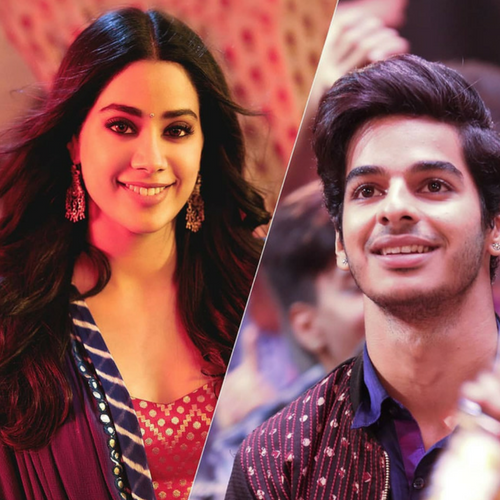