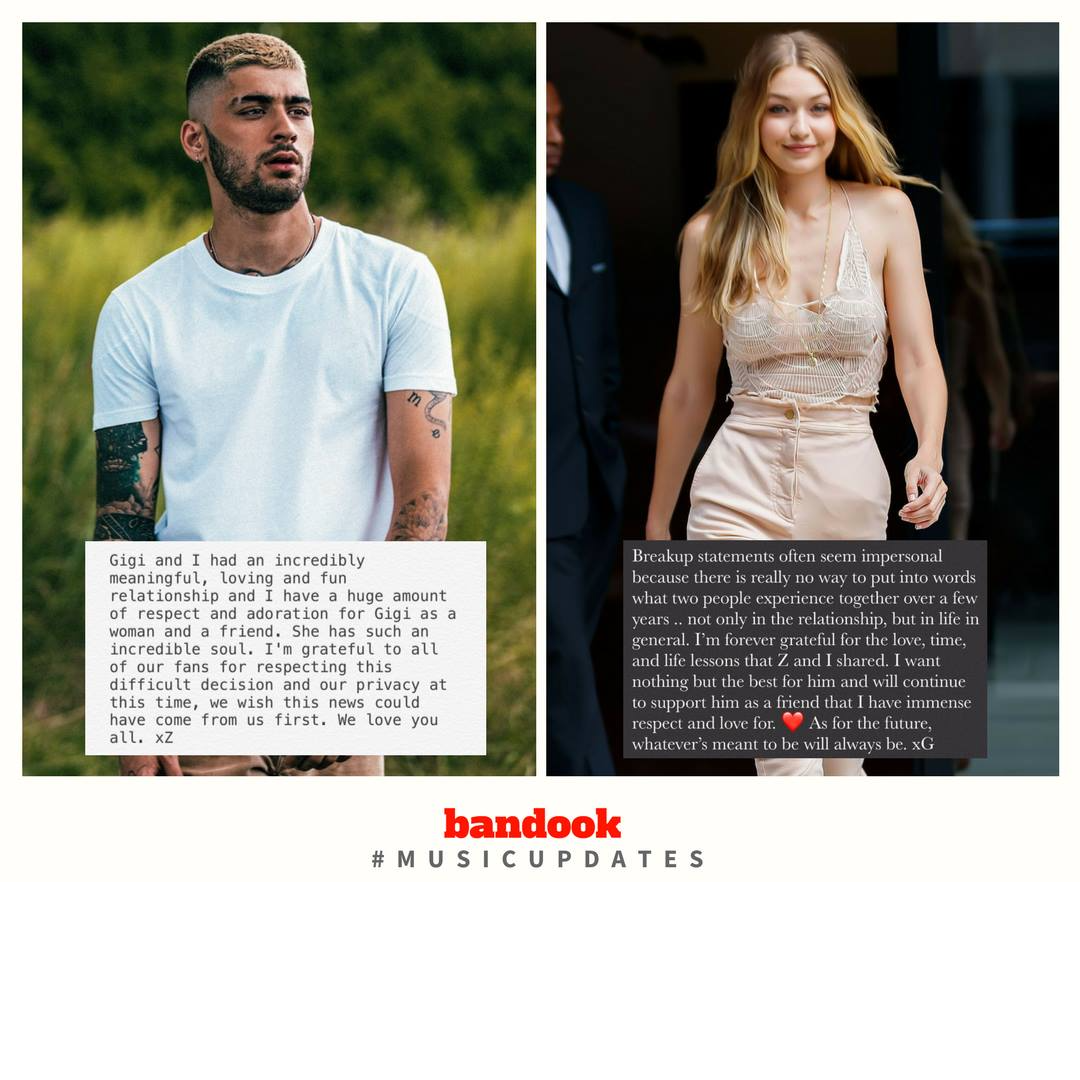 The End of ZiGi as we know it

As of a few hours ago, singer Zayn Malik and supermodel Gigi Hadid are no longer a couple. The two broke up amicably after two years of dating and announced the news to their legions of fans via notes on their social media accounts.

While both notes showed the couple to be mature individuals who seemed seasoned in letting go, Zayn was more subtle about it while Gigi called it for what it was. Interestingly enough, speculation about an impending break-up started earlier in the week, when Zayn “unfollowed” his now ex girlfriend on Instagram.

When lives are lived so closely under the camera’s glare, it becomes impossible to hide something as significant as a break-up. And so the two decided to break it to fans the only way they knew.

His note: “Gigi and I had an incredibly meaningful, loving and fun relationship and I have a huge amount of respect and adoration for Gigi as a woman and a friend. She has such an incredible soul,” Malik tweeted in a note on Tuesday. “I’m grateful to all of our fans for respecting this difficult decision and our privacy at this time. We wish this news would have come from us first. We love you all.”

Her note: “Breakup statements often seem impersonal because there is really no way to put into words what two people experience together over a few years..not only in a relationship but in life in general,” she wrote. “I’m forever grateful for the love, time and life lessons Z and I shared. I want nothing but the best for him and will continue to support him as a friend that I have immense respect and love for. As for the future, whatever’s meant to be will always be. x G.”

More than anything else now, fans are wondering what happens to that tattoo Z got of G on his chest.