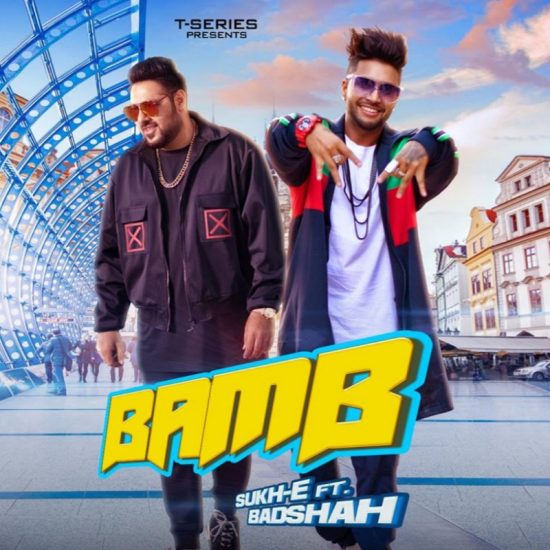 Well, the naughty lyrics to SukhE and Badshah’s latest tracks ponder, ‘Why not both?’

Sukh E Musical Doctorz is back in the hits with the hitmaker-on-a-winning-streak Badshah. For company in the music video, they also have Isha Rikhi, the lead actress of the upcoming Nawabzaade.

Objectification of women starts right at the start at the same set where two Bollywood videos (Munna Michael’s ‘Ding Dang’ and 102 Not Out’s ’Badumba’ played out.

SukhE is seen hanging with his buddies, with a token white guy for no reason. They take bets on whether one of their friends’ girlfriend comes dressed as a ‘bamb’ or a ‘bandook’.

The difference is simple, as he voices Jaani’s words (‘tu suit ch bandook lagdi’, ‘jean wich bamb goriye’) in case the verbal imagery was lost on you. Otherwise, director Robby Singh has made an elaborated effect on us.

The first Badshah-SukhE collaboration ever, it sees co-writing credits by Badshah.

Badshah drives in a fancy car, dressed in his favourite Balenciaga windcheater, where Sukh-E objectifies the girl. Badshah just goes on and on about her beauty, despite confessing his loss of words, hence being the perfect gentleman in his rap. Sukh-E rushes back in to compare her to Kylie Jenner, Selena Gomez, Kim Kardashian.

In the end, we come to know it is all a scam.