‘I will be singing in full Hindi for a Bollywood film’, says Zayn 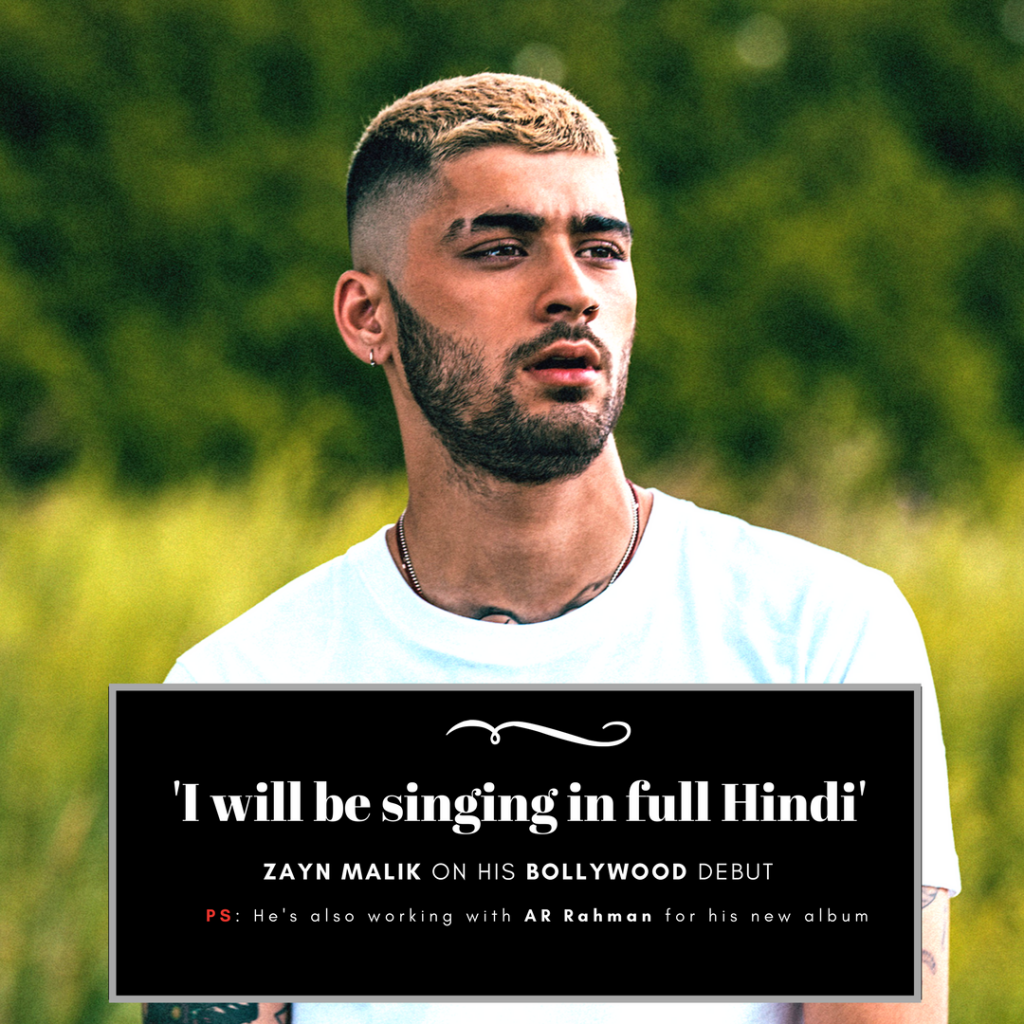 ‘I will be singing in full Hindi for a Bollywood film’, says Zayn
Confirms that he will make his Bollywood singing debut soon… in Hindi, no less! The Pakistani-Brit singer revealed that the Mozart of Madras features on one song on his next album

In a recent interview to ELLE India (he’s also on the cover of the magazine), heartthrob Zayn Malik has confirmed one of two things that is kinda known (if you’ve been paying attention): A.R. Rahman is a part of his next album. The maestro features on one of the tracks. The second is news: He’s making his Bollywood singing debut.

Speaking about the follow-up to his solo debut effort ‘Mind Of Mine’, he says, “There’s definitely a lot of Urdu, some nice qawaali sounds. There might even be some bhangra vibes. I have worked with AR Rahman on one song.”

This ties in nicely with what Grammy-winning music producer Malay (aka James Ryan Ho) told Billboard as early as November 2016. He said in an interview, “We’re talking about doing a song with Zayn and A.R. Rahman together and I’m having Zayn in Urdu. It’s a modern-sounding song, but for him to sing in that language is kind of powerful.”

In the Elle India interview, Zayn doesn’t reveal too much about his Bollywood project except, “It is one of the first songs I’ve sung in full Hindi, so it’s going to be cool to see what the response to that is.”

Will be quite something, that’s for sure.