Will Alyssa Raghu be the next Indian “American Idol”? 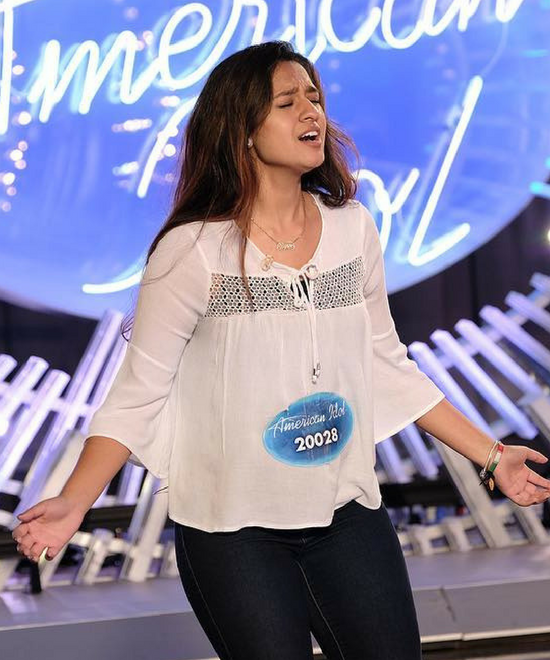 It’s probably too early to call it, but we’re gonna go out on a limb and agree with the American Idol judges (Katy Perry, Lionel Richie and Luke Bryan) that Alyssa (“You can call me Ragu, like the sauce”) Raghunandan is going to go all the way to the Top 10.

Her audition aired during the premiere episode of the Idol revival. The 15-year-old floored the judges with her rendition of Ariana Grande‘s ‘Almost Is Never Enough’ “All of my hairs on my legs, I have to go and shave my legs now. They just grew an inch and a half, because I full-body felt what you were singing,” Katy Perry joked, adding, “I’m a believer in you!”

We did some digging to find out more about this contestant apart from what the show shared..

She’s “half Indian half Mexican” according to one of her tweets (dated July 5, 2017)

Despite what the show paints it to be, her mom did move away, but (according to Alyssa’s own admission on Instagram) did so “to help her family that really needed her”.

Calling her mom “wonderful and caring”, she stated that she is “supportive of my dreams”.

She isn’t an only child. She has a younger sister named Malina.

A Youtuber, she has released quite a few cover versions on her channel.