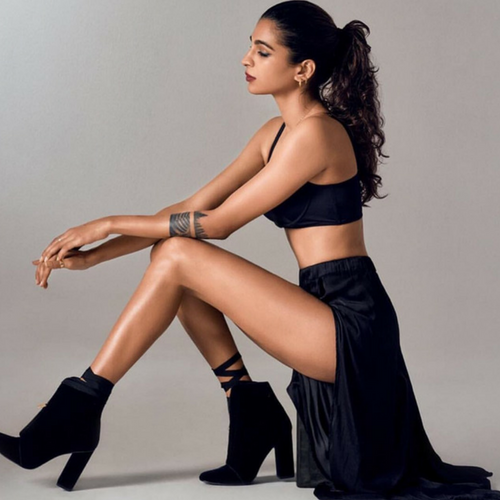 During a recent conversation with us, she recounts her experiences

We’ve seen Anushka Manchanda break norms, challenge perceptions and create new paths for herself. At the same time, she’s had a successful Bollywood career with several hits to her name.

We met the singer during the promotions of her latest project Nuka (more on that later!) and on a rainy evening, spoke at length about several things. One of the things we asked her was when we’re going to get a Bollywood song from her next (it’s been a while!) she had this to say, “In any case, with film songs, I sing something and forget about it. If it comes out, it’s a bonus, if it doesn’t, it’s no skin off my back.”

When pressed for names she explained her reluctance in doing so. “This one time I remember speaking about a song that hadn’t yet released, and I said, ‘Oh, I have sung for this film and I have sung for this music director, wo gaana hi nahi nikla, uske baad toh I was like, main kabhi nahi bolungi ki maine kuch gaaya hai jab tak wo nikalta nahi hai.”

Fair enough. Once bitten, twice shy. And then, she adds, “It happened to me again recently. I did something for Amit Trivedi and then the film came out and the song wasn’t there only. I think, he didn’t end up doing the music only of that film.”

She concludes, “So, now I don’t think about that or talk about those things anymore.”