After The Weeknd, G-Eazy severs ties with H&M 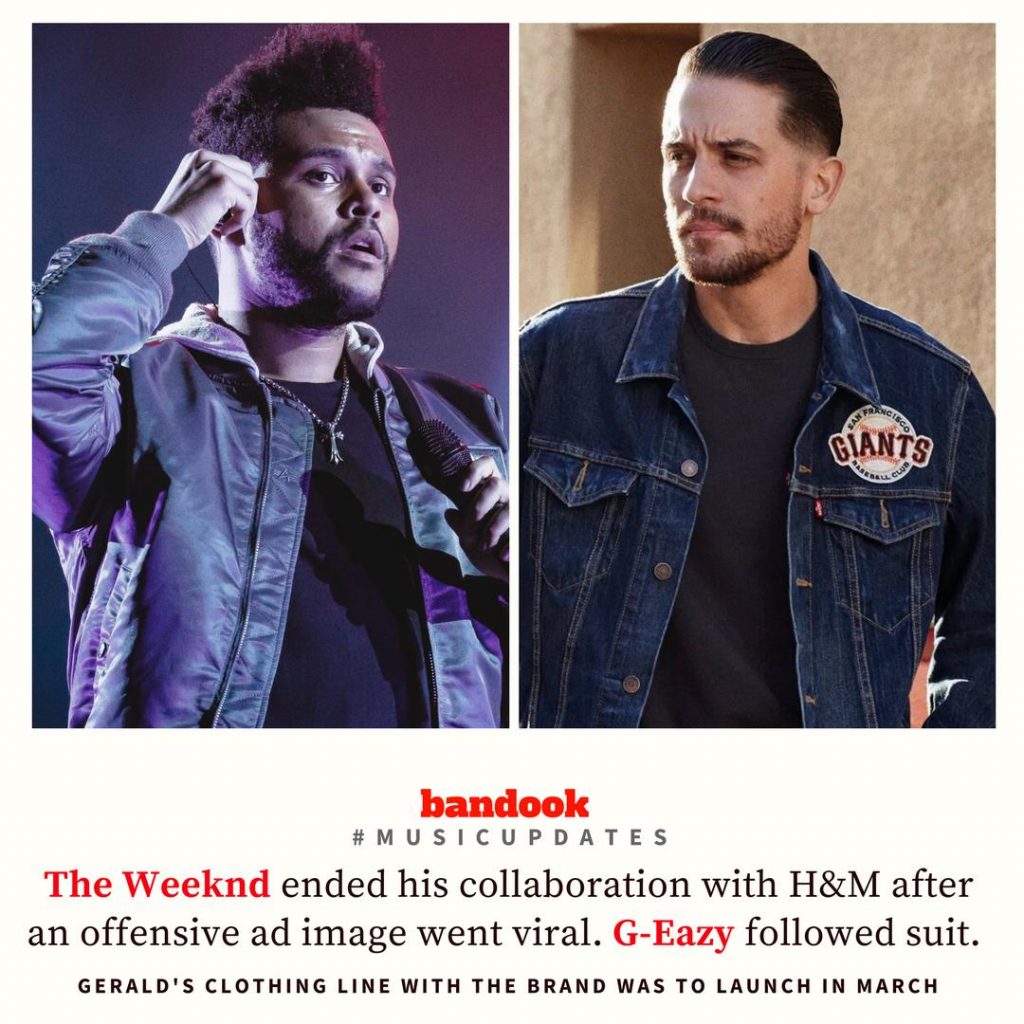 The Weekend tweeted recently that he was ending his collaboration with H&M after an image of a black child wearing a hoodie with the words Coolest Monkey In The Jungle went viral. Abel Tesfaye (that’s Weekends real name, BTW!) went on to tweet, Woke up this morning, shocked and embarrassed by this photo. I’m deeply offended and will not be working with @hm anymore…”

G-Eazy, who recently dropped The Beautiful & The Damned, an album that’s doing exceedingly well, took to Instagram to reveal that he had been collaborating with H&M on a clothing line, but that he won’t be, anymore. He shared: After seeing the disturbing image yesterday, my excitement over our global campaign quickly evaporated, and I’ve decided at this time our partnership needs to end.

He further added, …oblivious oversight or not, it’s truly sad and disturbing that in 2018, something so racially and culturally insensitive could pass by the eyes of so many (stylist, photographer, creative and marketing teams) and be deemed acceptable. I can’t allow for my name and brand to be associated with a company that could let this happen. I hope that this situation will serve as the wake up call that H&M and other companies need to get on track and become racially and culturally aware, as well as more diverse at every level.

It did serve as a wakeup call for the brand, which issued a statement that read: We agree with all the criticism that this has generated – we have got this wrong and we agree that, even if unintentional, passive or casual racism needs to be eradicated wherever it exists…. our product and promotion were not intended to cause offence but, as a global brand, we have a responsibility to be aware of and attuned to all racial and cultural sensitivities – and we have not lived up to this responsibility this time. This incident is accidental in nature, but this doesn’t mean we don’t take it extremely seriously or understand the upset and discomfort it has caused.

“The reaction saw an equal action. They mentioned, “We have taken down the image and we have removed the garment in question from sale. It will be recycled”, H&M stated.

Reiterating the apology, they continued, “Racism and bias in any shape or form, conscious or unconscious, deliberate or accidental, are simply unacceptable and need to be eradicated from society. In this instance we have not been sensitive enough to this agenda. Please accept our humble apologies.

Accidental racism or not, the apology didn’t do much to deter the artists from changing their stance on the matter, at least at the time of writing this.