‘We are kids with beards’ 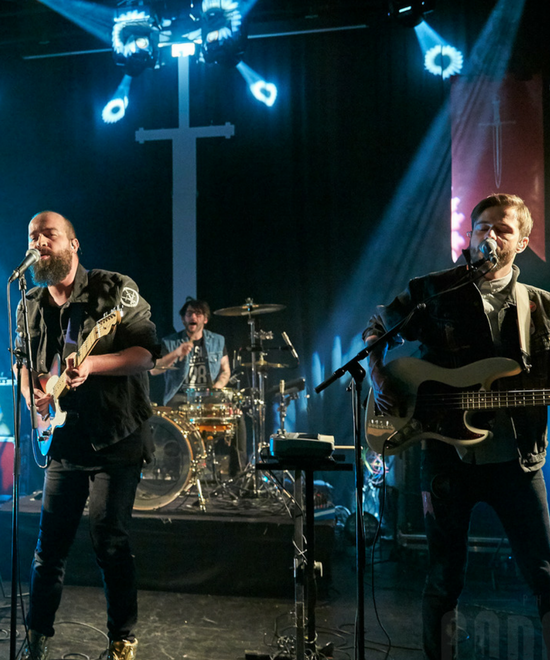 We earlier told you about the Strasbourg, France-based rock band, Colt Silvers, who are in India as part of their 11-city Bonjour India Rock Tour 2017, an initiative by the Institut français India.

CS is made up of Tristan (vocals), Nicolas (bass), Florian (guitar) and Julien (drums). Their sound has been described as indie electro rock inspired by pop culture.

You guys call yourself “Eternal Unshaven Kidults”. Are beards important to you in creating music?
Well, it’s not really like that. It’s more. We are adults with hair on our faces. We should be having real jobs like our contemporaries, maybe a house with a yard… and yet we behave like kids, living in our fantasy, made of music, movies, video games, romance… so yeah, we’re kids with beards.

You are from France, and yet most of your work is in English. Any particular reason?
Most of our influences are not French, so when it comes to finding a universal language to convey our ideas, English just felt natural. Just so everyone can understand what we’re singing about. The apocalypse, clones on the moon, romance between robots… So we can see the world and eventually, come to places like India today.

How has it been performing in india?
Quite unbelievable. At first we were really surprised that our music could bring us so far away from home. We had a few days off in Pondicherry after our first four gigs, and finally had time to chill, visit, rent bikes, meet people, all that makes for a great experience. We’ve learned to go easy on your spicy food also.