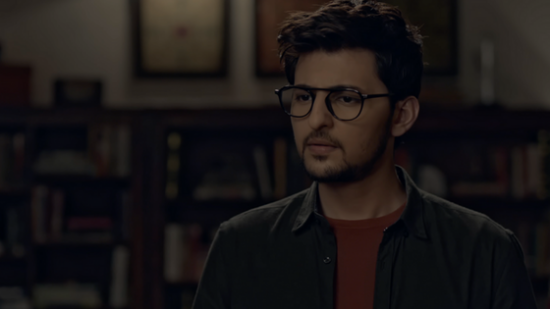 It will definitely leave you in tears; Darshaners, beware!

Darshan Raval has kept his date with the monsoons, releasing his latest monsoon-special single in July, an unbroken tradition since 2015. Called Baarish Lete Aana, the audio dropped several hours earlier; the music video just released and already, it has amassed 400,000 views.

We’ve come to know and love Darshan Raval over the past year as an artist who doesn’t hold back on screen or off it. It’s his earnestness, his humility, his kindness, his joy that shines through on any rainy day. If you thought his previous videos were anything emotional, this one would be an understatement.

From the heartfelt vocals to a deathly video (literally), Darshan has truly outdone himself, as he is all set to make his Darshaners burst into tears watching the music video, that features newbie Nityaami, as his student. Surprisingly, this video gives more focus to his co-actress than him, which is a change from his previous Baarish videos, and othervideos in general, where the focus is entirely on him.

From Tera Zikr’s success, we can only imagine how big of a song this will turn out to be. Watch this space for more.