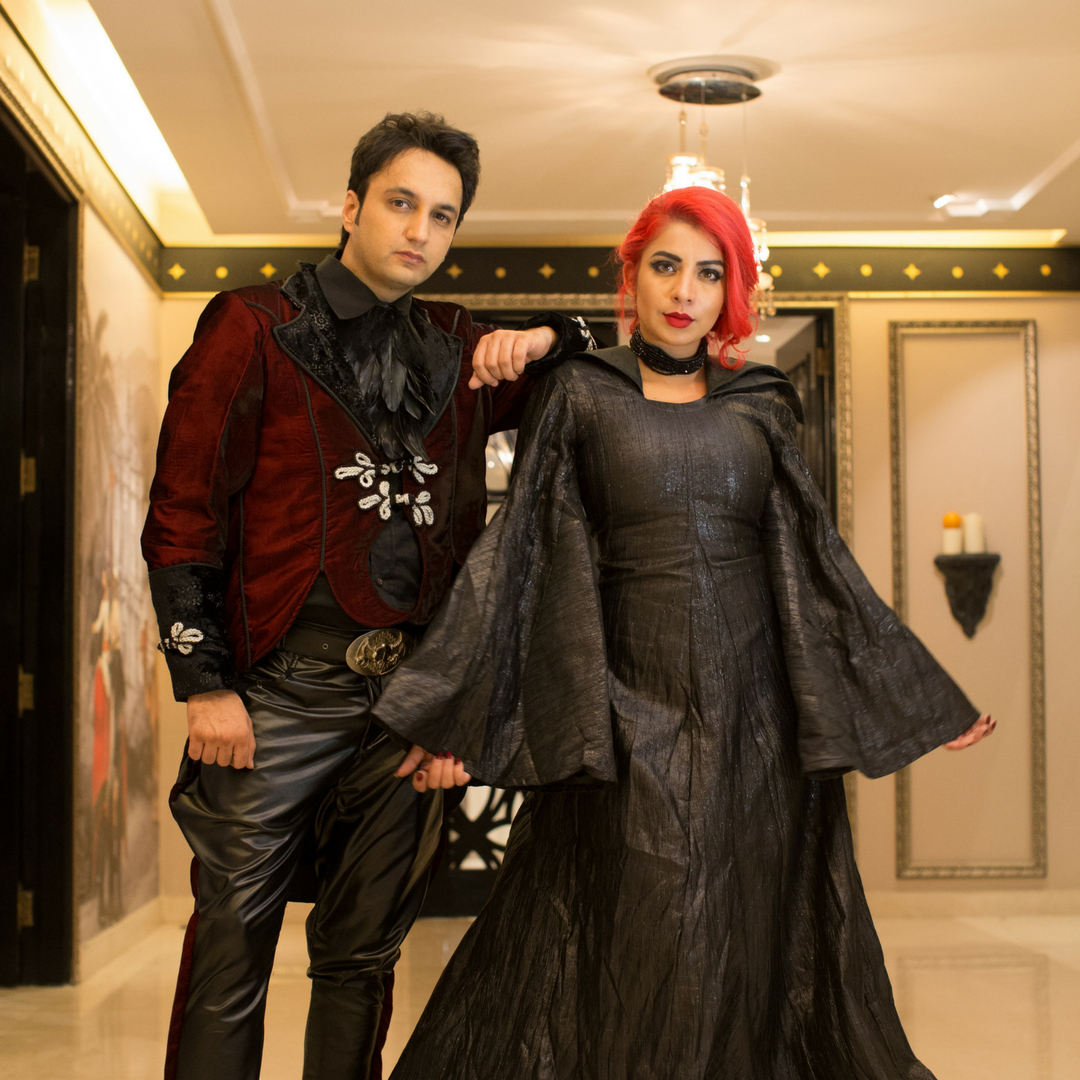 Un-Billi-vable! Sumit Sethi and Jasmine Sandlas get catty
Are you ready for this freaky feline music video?

Veera is a track that derives from two Punjabi folk songs that popularly feature in Punjabi weddings.

Featuring popular Punjabi singer Jasmine Sandlas, the video sees Sumit staying over at a friend’s bungalow as he waits for him to arrive. He chances upon a picture on the wall and wonders aloud why there is the picture of human beings with cat’s faces.

The friend jokingly asks if he’s had a peg or two. Sumit decides to take a nap and that’s when the characters from the pictures come alive. One of them happens to be Jasmine’s character.

He wakes up as they dance around as a rather goth-looking Jasmine as the backup dancers and a now costume-appropriate Sumit shake it like there’s no tomorrow.

There’s no real thought here, except you get half the feeling that they’re gonna have a vampire’s ball or turn into the undead. And maybe they are. Or they aren’t.

Either way, Sumit turns into a cat and retreats into the picture after the song ends. Maybe he was feline those vibes? We’ll never know!

By the way, Sumit has performed at events like the IIFA, the Commonwealth Games, prestigious corporate gigs and weddings (Yuvraj Singh, Dia Mirza to name a few).