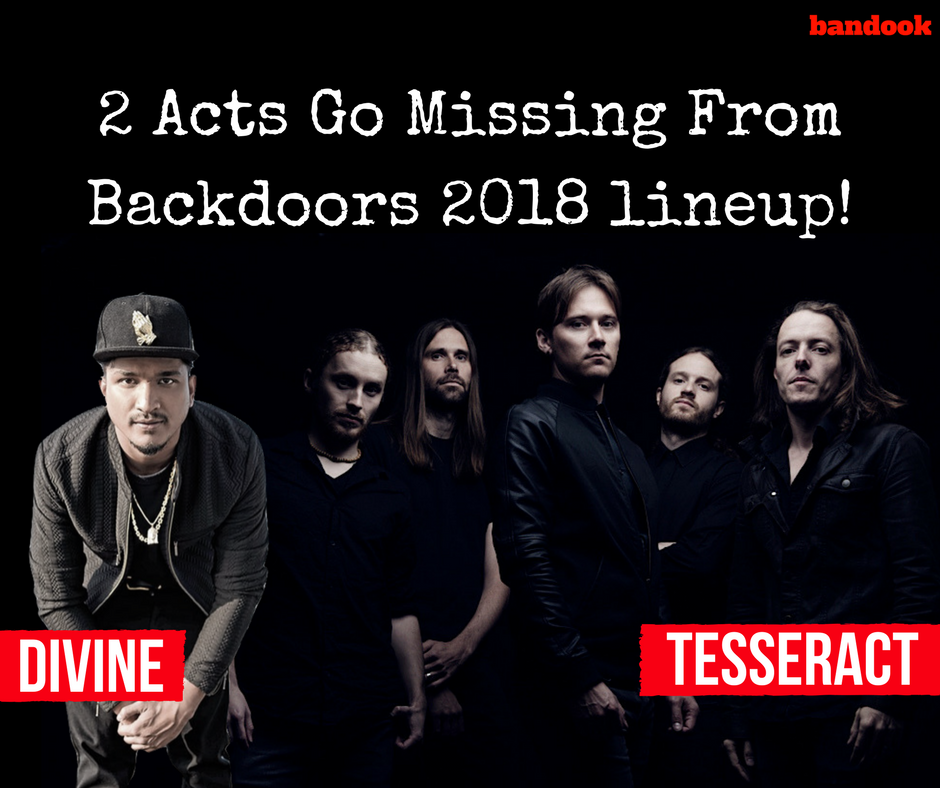 As of January 31 this year, we received a press release about the addition of Mahesh Raghunandan and  TesseracT  to the lineup of Backdoors 2018.

Then, a week later, TesseracT dropped from the lineup without so much as a by-your-leave.

This is followed by another curious exit. As early as Monday morning (February 12), Divine announces his exit from the festival via his Instagramstories.

If you go to the Twitter page of Backdoors, the old lineup still exists on their cover.

By the time you read this, three-four acts would have been done – Mahesh R, Charisma (new addition, only announced when the schedule was), when Chai Met Toast and probably Danny Goffey.

What is surprising, is that nobody from either The Humming Tree or Backdoors has issued an official statement.

Also curious is the fact that while the media was approached for coverage prior to the event, we are now given to understand that the organisers only have two media outlets in attendance.

PS: We’re aware that lineups are subject to change, but would it hurt them to do the courtesy of informing fans interesting in attending to catch their idols performing?