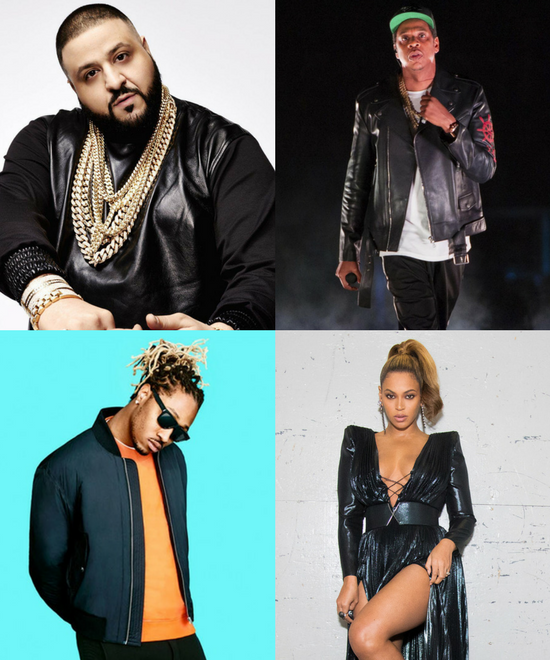 Wait for the one where 14-time Grammy winner Herbie Hancock is getting on board Kendrick Lamar, Common, SnoopDogg and Lil Wayne among others

The first single off DJ Khaled’s upcoming album ‘Father Of Asahd’, features the likes of Jay Z, Beyonce and Future.

This is big news. Because each artist (except for Future) has had a track have a run at the #1 spot in recent times. Jay Z had one with Empire State of Mind on the Hot 100. Beyonce with Perfect (Duet) and DJ Khaled with I’m The One).

Of course, it’s also true that Khaled has a song each with Jay and Bey. Shining with the latter and I Got The Keys with Jay and Future.

While this mega collaboration is just a taster of what’s to come, it also has production by Khaled and Queen Bey herself.

There’s also a shoutout to Meek Mills, who the couple has been supporting since his sentencing.

Father Of Asahd is expected to drop later this year.

However, there’s more news in the offing. Jazz legend Herbie Hancock has announced that his album will feature the likes of artists like Kendrick Lamar, Common, Snoop Dogg, Flying Lotus and more. Now that will be an album worth waiting for!