The original title of Namaste England’s Dhoom Dhadakka was something else! 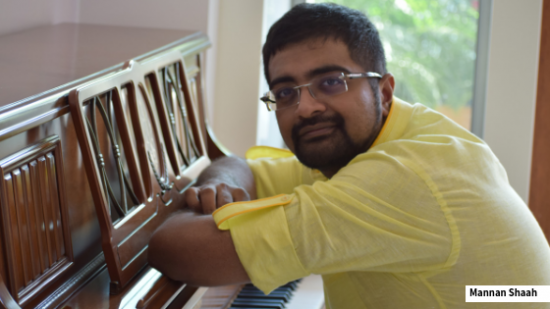 Talking to bandook about the two songs off the Namaste England soundtrack, music director Mannan Shaah was a treasure trove of information. If you’ve followed this page, you’ll know he told us about Tere Liye earlier. He now tells us about Dhoom Dhadakka.

Of the title change, he says, “Dhoom Dhadakka was initially titled as Tim Lak Lak, which is actually one of the punches in the song if you notice. It was later on, that I created another musical phrase that actually begins and ends the song. Summing it up, to be precise. That’s how Dhoom Dhadakka happened.”

He adds, “It’s a very dear song to me. It’s loosely based on Raag Miyan Malhar in Indian classical music. I was briefed by Vipulji about this situation to create something which generates a feel of celebration of love. The dance that love creates! The earthy feeling of first love. And the instant idea popped up in me to create something in Malhar, because any form of Raag Malhar creates an emotion of rains. And I believe rains are the best feeling to express the feeling of love and dance put together. It’s a celebration and joy in itself.”

Speaking of the journey of making this song, he shares, “I had a wonderful journey making Dhoom Dhadakka, Javed (Akhtar) Saab has done a terrific job with lyrics! I believe this is one of his most uniquely written songs and the language that he has given to the song is what makes this song special for me! Undoubtedly, Vipulji has shot this song too very beautifully. I had been to the shoot of this song in Amritsar and I had a blast watching Arjun and Parineeti dancing on some amazing choreography done by Masterji (Ganesh Acharya).”