This is definitely the most well kept secret of Thugs of Hindostan that has released today. Amitabh Bachchan has sung a soulful lullaby in the film that highlights his character Khudabaksh’s relationship with Zafira, played by Fatima Sana Shaikh.

Does that mean he is her father, though? Truth be told, Khudabaksh is the father figure in Zafira’s life and has vowed to protect her at any cost. However, it has not been revealed yet, what happens to Zafira’s parents that compels her to be looked after and mentored by Khudabaksh. It is safe to highlight that this is the most pivotal point in the script that triggers every plot.

The director Vijay Krishna Acharya wanted to show the beautiful father-daughter like relationship between the two that develops ever since Zafira was a child. He wanted to show the deep trust, the love and the respect that Zafira has for Khudabaksh and decided to add a moment of vulnerability between the two. He will be seen trying to make Zafira, who fights the brutal memories of her past, sleep by singing a lullaby. Mr. Bachchan was moved doing this scene and decided that he wants to sing the lullaby himself.

Mr Bachchan says, “The song tells you the depth of the bond that Zafira and Khudabaksh share. I was most excited to sing this lullaby because it is not every day that you get to sing one. The lyrics are beautiful and the composition highlights the emotional journey of these two characters who have an incredible father-daughter relationship. I have been telling Adi to put this in the album. I’m sure he will do it because it’s turned out to be a beautiful song.”

The lullaby has been composed by composer duo Ajay-Atul and Amitabh Bhattacharya has penned the beautiful lyrics. 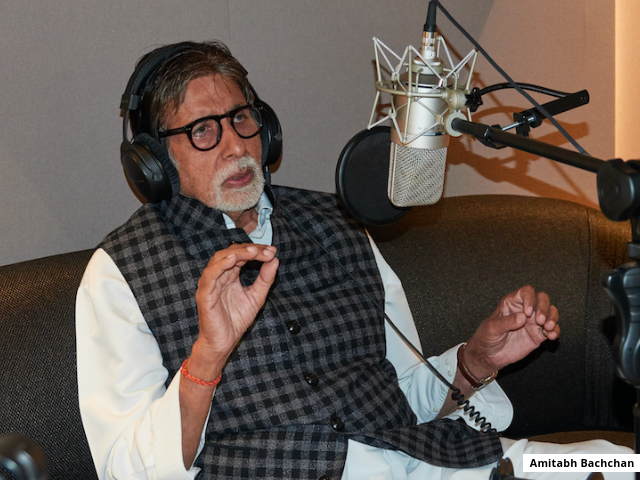