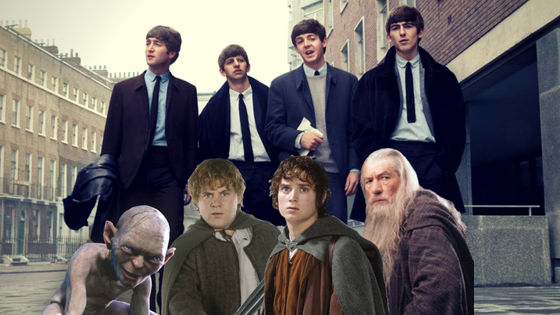 J.R.R. Tolkien trashed the idea of them in the film adaptation

So did you know that The Beatles wanted to adapt the Lord of the Rings? If you don’t remember this, go check Louis Theroux’s Twitter post about the validity of the story.

Documentarian Louis Theroux retweeted a post from the Quite Interesting account which mentions The Beatles’ intention to make a Lord of the Rings film in the 1960s. Moreover, he added how John Lennon had wanted to star in the movie as Gollum. Unfortunately, they were refused permission to make the film by author J. R. R. Tolkien.

The Beatles wanted to make a Lord of the Rings film with John Lennon as Gollum. Tolkien didn’t let them.

To top it all off, one of Theroux’s followers provided more information on what The Beatles had planned, including how they had approached Stanley Kubrick to direct the film and that Paul McCartney wanted to play Frodo. Ringo Starr was adamant on playing Samwise Gamgee and George Harrison had hoped to play Gandalf.

Yes, they wanted Stanley Kubrick to direct it. Paul McCartney confirmed it to Peter Jackson.

John Lennon wanted to be Gollum, Paul was Frodo, Ringo was Sam and George was Gandalf.

The Lord of the Rings‘ director, Peter Jackson, explained to Wellington’s Evening Post newspaper about the plans that were dated back to 2002. “It was something John was driving and J.R.R. Tolkien still had the film rights at that stage, but he didn’t like the idea of the Beatles doing it. So he killed it,” Jackson said, “There probably would’ve been some good songs coming off the [soundtrack] album.