SOUNDTRACK REVIEW: ‘Satyameva Jayate’ is a largely likeable sum of its parts 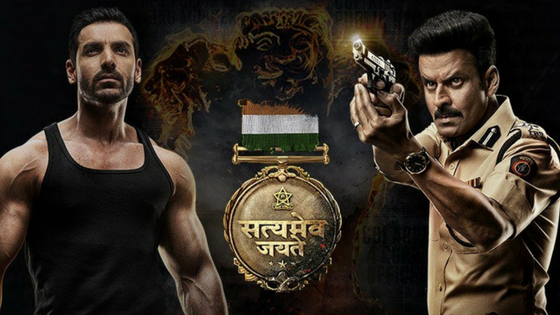 DILBAR
Neha Kakkar brings the harkat, Dhvani Bhanushali brings the adaa to the club banger by Tanishk Bagchi, with lyrics by Shabbir Ahmed. There’s a reason this song is topping charts everywhere and that’s because it’s quite dance-worthy.

PANIYON SA
Gets you swaying in no time. Rochak Kohli is in top form, crafting a beauty of a romantic track penned by the ever-dependable Kumaar. Atif Aslam completes the dream team. Tulsi Kumar sounds heavily autotuned in some parts, though. The only weak spot in an otherwise solid song.

TERE JAISA
Tulsi Kumar gives us Rekha Bhardwaj vibes on this track by Arko, who hasn’t just composed and sung, but also penned this love song. It has an old-world charm that stays with you long after you’ve heard it.

TAJDAR-E-HARAM
The Sajid-Wajid composition is nothing like the Sabri Brothers original it derives from. The only thing in common is the hook in the chorus. Danish Sabri (no relation to the Brothers, going by Google) writes the reworked lyrics for Wajid, who sings the qawwali. There’s a sense of urgency here that isn’t there in the original. Does it stand on its own? It depends if you’re talking to a purist or someone listening to the track for the first time.

VERDICT
There’s a point to be made about derivation, but one guesses that can’t be helped in this day and age. Otherwise, a largely likeable sum of good parts.