Singers who own game shows 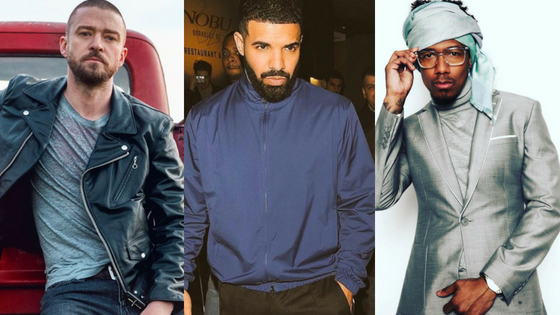 Reality drama has become so overrated that we prefer the best alternate versions of it. And they are game shows. Many game shows include winning cash prize depending on your knowledge, or your sass, or both. Here are a few game shows owned by musicians which have created their name in the industry and people are loving it.

The Masked Singer
The Masked Singer is an upcoming reality competition series set to air on Fox in January 2019. Starring Nick Cannon as host, the show will feature celebrities singing in a head-to-toe costume and face mask which hides their identity from others, their true identity will be revealed alongside their elimination. The competitors are said to be “household names” and have a combination of 65 Grammy nominations, 16 Emmy nominations, 4 Super Bowl titles, and 4 stars on the Hollywood Walk of Fame. The series is based on the South Korean format King of Mask Singer.

Spin The Wheel
Spin the Wheel is an upcoming game show set to air on Fox. The show will feature a 40-foot wheel that holds different sums of money on its wedges. Contestants will spin the wheel and answer various pop culture questions. A correct/wrong answer will allow them to add/reduce their total prize money. It is created by Justin Timberlake and Andrew Glassman.

God’s Plan
According to reports, Drake is planning to make a ‘God’s Plan’ game show. He is planning on using the phrase for a range of things, including merchandise, marketing, promotion, music videos, audio recordings, and a TV game show. There are no further details on the format of the proposed game show or whether Drake would appear on it.

Don’t forget the lyrics
Sugar Ray lead singer Mark McGrath hosts this game show. The contestant takes centre stage, makes song selections and sings along to the music while reading the lyrics off a large screen. Once the music stops and the lyrics disappear, the contestant must come up with the next line or two.

Lip Sync battle
Celebrities compete against each to perform the best lip sync of famous songs with the help of props and costumes. The show is presented by LL Cool J and Chrissy Teigen. The idea was first on The Tonight Show Starring Jimmy Fallon, before being developed into a separate one. This show is owned by LL Cool J.

Drop The Mic
Based on a popular segment on “The Late Late Show With James Corden” emceed by rapper/actor Method Man and model Hailey Baldwin, ‘Drop the Mic’ invites celebrities to compete in rap battles. Studio audience votes determine the mic-dropping winner of each battle. James Corden created this show and presents it. James, who also owns this show, is a real life singer.