Shuba: I dream of performing with A.R. Rahman at the Oscars! 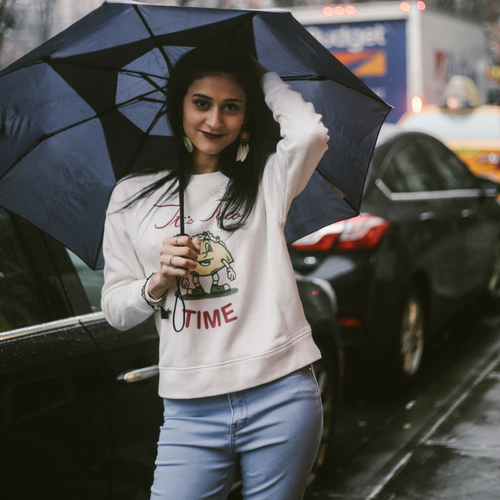 The former American Idol contestant on the one Bollywood music director she’d love to work with.

Shubha Vedula is a name that doesn’t immediately strike you as one you’ll recognise immediately. But if you’ve been following this page closely, you’ll remember that we did a round-up of American artists of Indian origin who featured on the show over the years. Both Shuba and her sister Priya featured on the show and Shuba actually made it to the semi-finals.

Now at age 21, AI isn’t the Chicago, Illinois-based singer-songwriter’s biggest achievement by far — there have been several since, that have been far more momentous — she brings us up to speed about them, ahead of the release of her EP, ‘Around Me’, which drops tomorrow!

How was your journey on American Idol? Does being an Indian-American impact how many votes you get?
Seeing myself on American Idol was always a dream. I learnt most of the classic Western songs by watching every season. I’d always wanted to audition for it. I felt super supported by every community I was a part of. I think people now realize that race only comes down to cultural differences and skin colour. I don’t think that people are completely used to seeing a lot of Indian-Americans yet, but they’re getting there.

If not for singing, which profession would you have chosen?
I’d want to do something that gives me a lot of time to travel, interact with people, let me take care of my family, and isn’t COMPLETELY boring. I think I probably would have ended up as an orthodontist (I’d get to make people smile)!

A short brief on what you’ve been up to, all this while since AI.
The highlights have been — opening for Train, Lindsey Stirling and Easton Corbin, singing with Kris Allen, singing for President Barack Obama and First Lady Michelle Obama, releasing my first real single and music video, singing for the Chicago Bulls, headlining Taste of Chicago and performing for label A&Rs.

You have mentioned before that you would want to try out #Bollywood. Which music directors would you like to work with?
One of the most obvious answers to this is A.R. Rahman. I think he has a beautiful ear for crafting songs and arrangements around the singer’s voice and he is also so worldly. I have dreams of being able to perform with him at the #Oscars!

Who have all been your mentors to date?
I have two solid mentors: my sister and my friend Chris Rishel. My sister Priya guides me through every obstacle. We are best friends and she is the most selfless person I know. Chris is one of the most brilliant and extraordinary humans I have met. Some of his musical arrangements make my heart flip and remember why I fell in love with music in the first place. I value every criticism and compliment he gives me.

Anyone special memory from your performance at the White House with the Obamas?
So this was a little risky, but I had written a letter to President Obama and slipped it in my boot. It was just a thank-you letter to him for the past eight years and I knew this was the best way to guarantee that he got it. Right after performing for him, I shook his hand, pulled out the letter, and stuck it right in his hand. Looking back, he and the security team were probably terrified!

Chicago has always been where you’ve gravitated to, musically. How has it treated you so far?
I’m glad I got the chance to start pursuing music here. I’m one of the only Indian-American girl doing crossover music here, and people are interested in showcasing that. I’ve headlined Taste of Chicago and still can’t believe I got to perform in front of 6,000 people with a skyline view of the city. It was a dream come true, and hopefully, I can do it again someday. I didn’t know much about Hip Hop and neo-soul before coming here, but there are lots of chords and colours that I’ve learned about that I started using in my own music.

Do you want to try out your luck acting in Hollywood? Who would you like to work with?
I 10000% want to try out for Hollywood. It’d be SO cool to have a recurring role on a Netflix series or be a voice actor. I think that these days, there are so many talented people who aren’t household names but have really funny and amazing ideas for shows, so I’d want to work with someone who could create a role that I think I could play really well.

What inspired the creation of your track ‘Stupid’? A real-life instance?
Stupid literally describes how I felt at school. I’ve had people dictate me or tell me that I didn’t ‘think things through’. I think it’s okay to admit when we feel vulnerable and guilty. Everyone goes through that phase where they think they’ve got it all figured out and then boom, you’re rethinking everything. We all want to be treated with love and respect. This song tells people that if you are being surrounded by negativity, it’s alright to leave.

Tell us about your upcoming EP.
My EP, called “Around Me”, is a four-song project about some of the people and stories in my life that have really impacted me. It showcases a really vulnerable and honest side of me talking about insecurities and how I’m trying to overcome them. Each song tells a different side of the story, but they come together really well and I hope people will understand more about me as a person and find a piece of them that they can relate to.