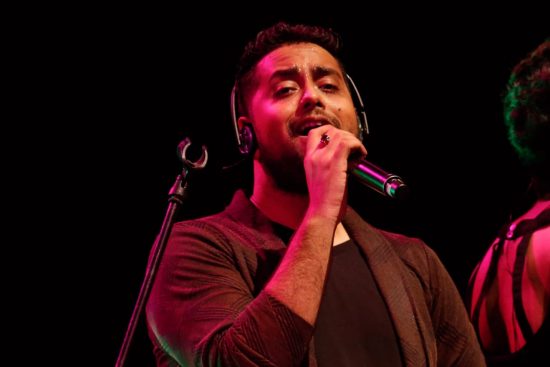 Singer Shashwat Singh has been on a roll since his Bollywood debut with Tamasha’s Wat Wat with AR Rahman in 2015. An alumnus of ARR’s KM Music Conservatory, he has sung another track for the maestro, Ruby Ruby from Sanju which incidentally, is again a Ranbir Kapoor film.

Shashwat has consistently been putting out tracks — both in Bollywood and the independent music space — since then. We caught up with the singer-composer over a phone conversation and asked him details about the track and what he’s up to next.

You’ve done a lot of independent stuff as well. Cut to now, where you’re the singer of Ruby Ruby. Have you seen a sort of growth from those songs to now? Where do you see yourself in the next few years?
In my learning, that’s enough for me, I don’t really look at the statistics because that is something which is happening on the go. In terms of how much I knew three years ago to last year and how much I know now, I think there is a lot of improvement and I am still working on it. I am working on visuals, I have directed an ad along with Nikhita Gandhi in Calcutta. I have been putting out some covers recently, I am handling the visuals and musical arrangement, so it’s like a full on journey. I am kind of lost in that. I don’t know where the graph is going but I hope it’s going in the right direction.

A lot of people have an interpretation of what the song Ruby Ruby is about. If you had to describe it to a first-time listener of the song, how would you do it?
So basically, its based in the 80s and it’s that phase of Sanjay Dutt where he was young and post-Rocky, we’re looking at. So the music is very similar to that genre, that vibe. My brief was to be in that vibe where Sanju Baba must be back then. Of course, we can’t know what the man actually went through, but we can only imagine. Rahman Sir told me to imitate that heavy tone and get into the vibe, and that was my brief.

Explain the process of recording for this single.

We did this song in four sessions. The lyrics were really tricky and every time Irshad Bhai was there and he is a brilliant guy, I am lucky, this is the second time I am working with him. So, He would come for the sessions and he would write different lines. Even I didn’t know what was going to be there in the song because there were almost three versions of this.

Next projects?
Can’t really say. I really want to sing in Bengali though. I wish there was a project of that sort.