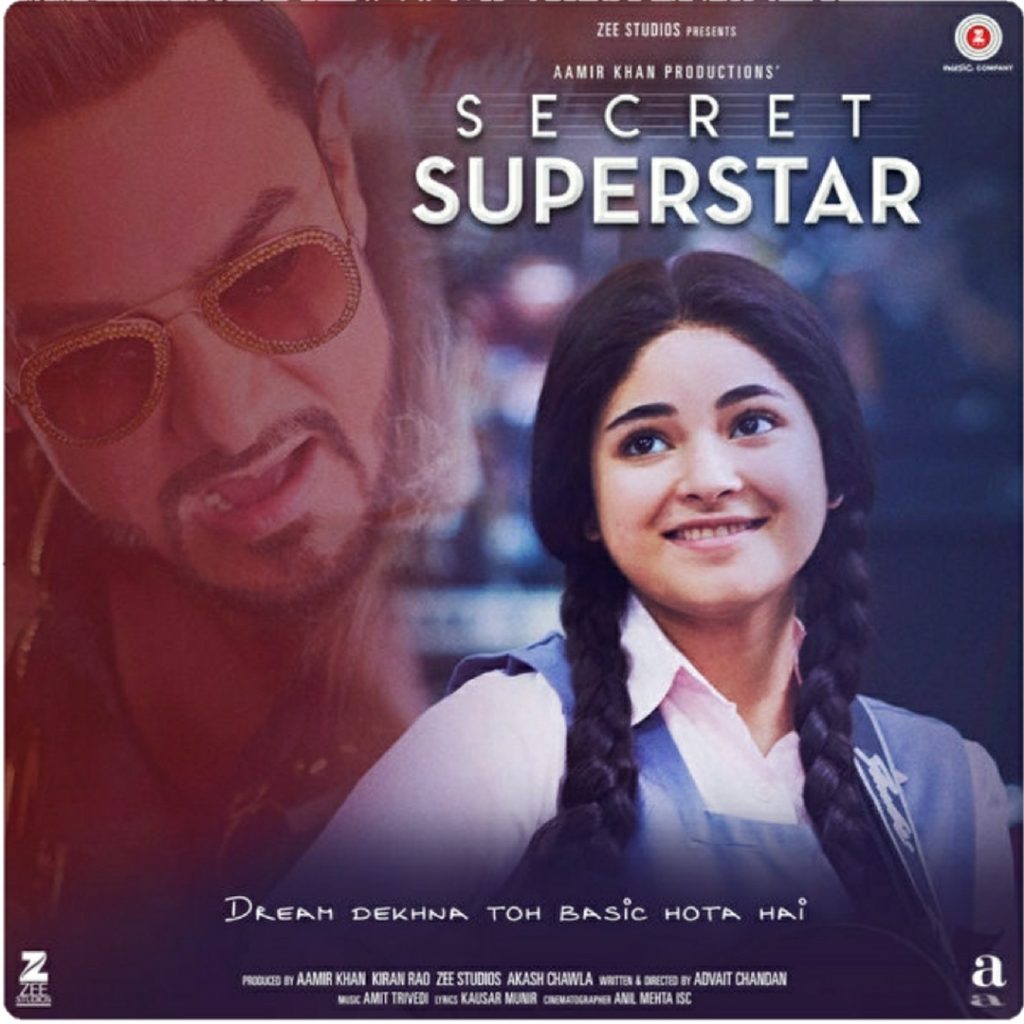 Secret Superstar
Music: Amit Trivedi
Lyrics: Kausar MunirRating: 3.5/51. MAIN KAUN HOON: She may be all of 16, butMeghna Mishra‘s soaring vocals and Kausar’s lyrics sear through to the core of your soul. That journey of self-discovery became all the more real and relatable. Quite possibly, the best song on the album.2. MERI PYAARI AMMI: One thing Bollywood isn’t going to run short of, are odes to moms. Every year, there’s one song that stands out in that genre. This year (so far) this is that song. Munir outdoes herself on this one with the imagery.

3. SAPNE RE: Harks back to simpler times. Melody-wise, reminds you of the 50s and 60s, in a very folksy way. Has a danceable quality to it (if you belonged to the latter end of the last century that is). Don’t get me wrong. What I mean is that it fits right in, if you love that era. But considering we live in this day and age, sticks out like a sore thumb.

4. I’LL MISS YOU: Kushal Chokshi is the only other male voice (apart from Mika Singh). Sounds mature, dreamy and like an artiste we wanna hear more of! Full marks to Munir again for a wonderful, pleasant track.

5. NACHDI PHIRA: Has a Sufi-esque feel to it. Innocence is at the core of Meghna’s vocals here, something that goes out the window with…

6. SEXY BALIYE: The sexed-up version of Nachdi Phira. Featuring Mika Singh’s vocals. It’s mad, massy and in a perverted way, actually quite dance-worthy, given the actual meaning behind the original’s verse.

7. GUDGUDI: Sunidhi Chauhan makes the one outright happy, upbeat song on the OST all the more rock-worthy. You wanna get up and dance to this one.

8. MANWA RE: There’s a feeling of giving up, being done with something; it has a fatalistic feel to it. Almost melancholic, if you’re really listening to the words. And listen, you will…

VERDICT: Meghna Mishra aside, the album has its strengths. And a few flaws. It’s cutesy, but has a unmistakably dated feel. One that seemingly cripples its reach.