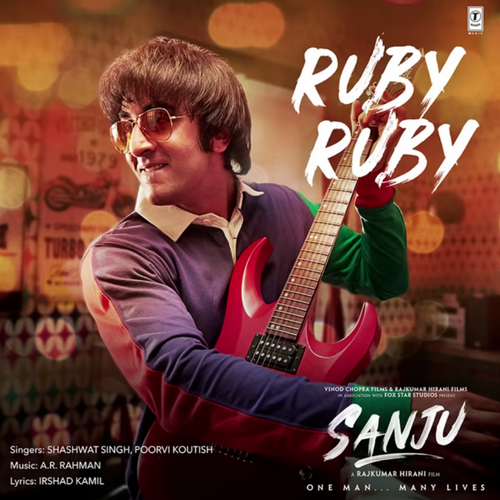 In a marked departure from norm, A.R. Rahman track from Sanju will have a video a little later

We were the first to tell you about AR Rahman being a part of the multi-composer Sanju soundtrack. And now that we know for sure that he’s a guest composer, it’s also time for the film’s third single ‘Ruby Ruby’, composed by ARR, to see the light of the day.

However, unlike the past two song launches, there is no music video for the track yet. The makers have decided to launch the audio before the video in a departure from current norm of releasing the video first.

The song feels a bit out of time, in the sense that the treatment is disco-esque (think Bollywood in the early 80s). The female vocalist Poorvi Koutish’s delivery harks back to the late 80s. The male vocalist Shashwat Singh is above par for the most part and he gets set to rival Vishal Dadlani’s high-powered growls in some parts.

Irshad Kamil’s lyrics are quite ordinary and only serve to just dress up the rather competent quality of music.

Surprisingly, Ruby Ruby feels like it’s having a ‘Dil Se Re’ hangover running right through. It’s unmistakable, unshakeable and just there.