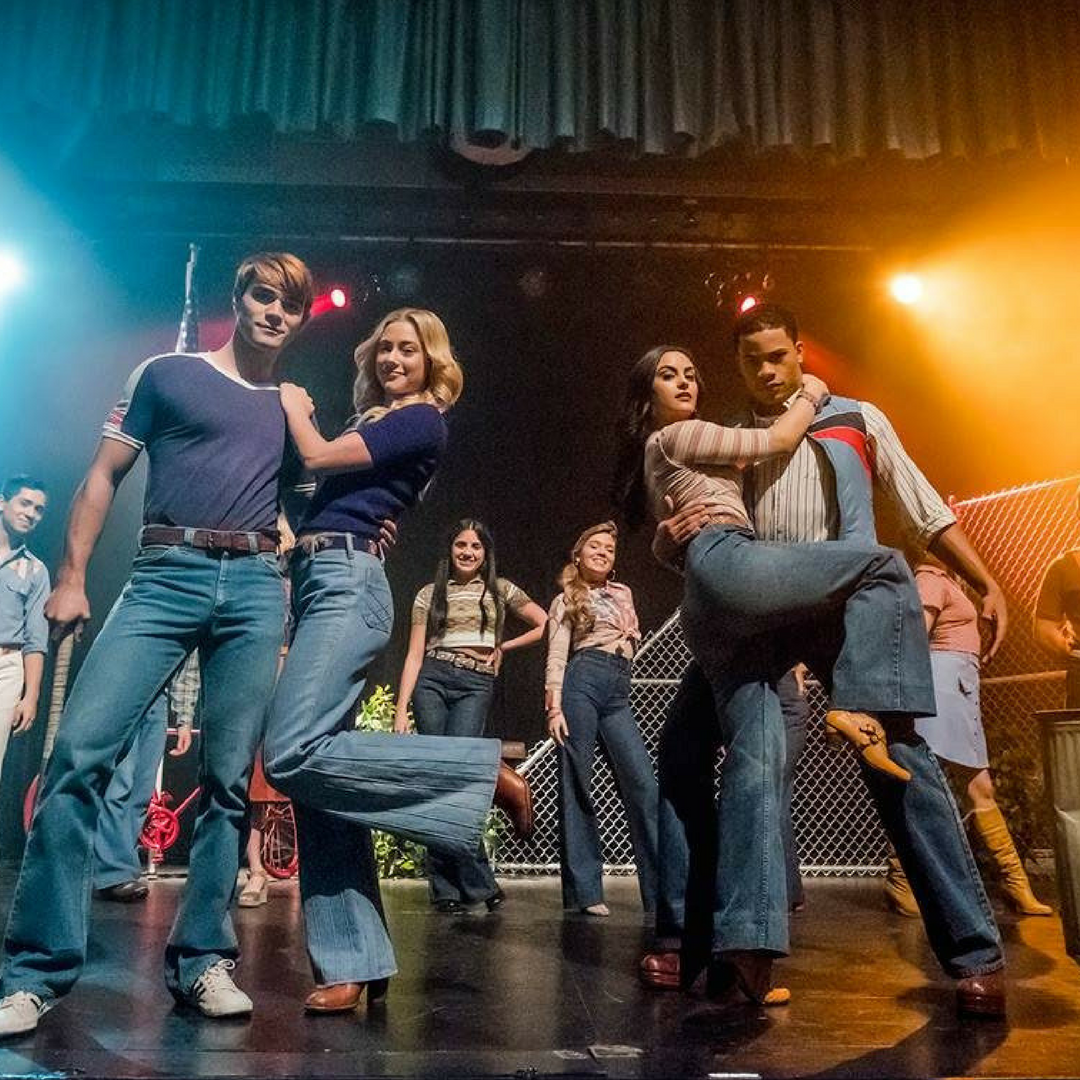 Riverdale High prepares for the production of “Carrie the Musical” in the latest episode of ‘Riverdale’. Called ‘Chapter Thirty-One: A Night to Remember’, we couldn’t have named it more aptly.

A teen drama that has dark humour, pretty faces, harmonized synchronicity and a gruelling murderous mystery. This episode has it all, including 23 song in all. The best part? Shirtless #Archie (KJ Apa, FTW) doing push-ups.

In order to recreate the most infamous #Broadway flop of all, you have to understand that the story of ‘Carrie’ perfectly fits the ‘Riverdale universe — from the ‘good girl’ to the ‘Regina George’ (think ‘Mean Girls’), the boy-next-door to Carrie, herself (played initially by Cheryl Blossom’s character). Madelaine Petsch, who plays Cheryl, portrays the role with a fierce and adorning audacity.

It is quite hard to believe that the entire cast of Riverdale can sing, and not only just bettering their voices and putting in hours of hard work, but sing as effortlessly as they fit into the characters and personalities.

It somehow takes us back to the times when Troy and Gabriella had their perfect High School Musical romance, except that this is over-the-top dramatic and brutal.

You can sense when the expression of a person changes with their tones and the powerful notes. All said and done, this performance is just too addictive and could pass off as a Disney Channel show, except for the fact that it would be anything but for kids.
Suffice to say, this episode doesn’t fail to surprise us at each moment and somehow just keeps on getting better and better. Truly breathtaking.
Great job, ‘Riverdale’. You got it right where ‘Carrie: The Musical’ didn’t.

Catch a glimpse of the episode here: