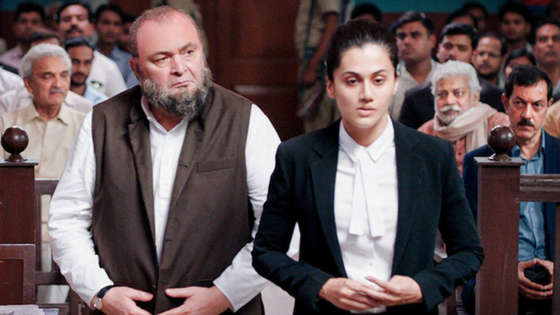 THENGE SE:
What’s most likely a wedding song, with a distinct regional flavor, Thenge Se is a Prasad Sashte composition that’s upbeat and appropriately playful. Sunidhi Chauhan powers this one, with Suvarna Tiwari and Swanand Kirkire for company. The instrumental arrangement here is quite interesting.

KHUDAARA:
A prayer, with strains of remorse and an ominous vibe, Khudaara is a powerful song, rendered by Vishal Dadlani. Shakeel Azmi is in top form with the verses. Prasad maintains the drama, with the chants used sparingly and only for effect, letting Vishal own this one. He excels and how!

PIYA SAMAYE:
A blend of two distinct genres, it makes a strong case for fusion and inter-religious harmony like no other. With qawaali as the base, it is rendered in the Indian folk style by Shafqat Amanat Ali, backed by Arshad Hussain and his qawaal group. An Anurag Saikia composition, it’s a refreshingly beautiful track, that’s helped on by some beautiful verbal imagery, courtesy lyricist Shakeel Azmi

VERDICT:
A folk-heavy, intrinsically beautiful and interestingly layered soundtrack, we’re just surprised why there are so few songs on offer here. It’s quite situational, though, and that’s going to limit its appeal.