Sees him sing for Jr NTR for the first time, but reunite with composer S Thaman and lyricist Sirivennela Seetharama Sastry for the film, Aravindha Sametha – Veera Raghava 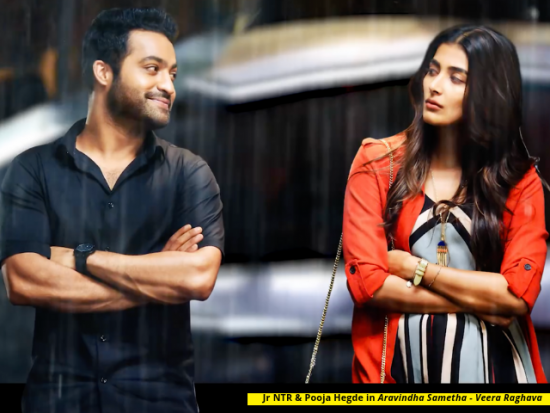 In love with someone but unable to express that love for fear of rejection? Well, ‘Anaganaganaga’, an Armaan Malik single from Aravindha Sametha, starring Jr NTR and Pooja Hegde in lead roles is for everyone in a one-sided affair, looking to take the next step.

A refreshing romantic melody, Anaganaganaga has the hero imagining the shy hero struggling with his emotions for the heroine. Through song (he never really mouths the words in the lyric video, though), he talks about the girl Aravindha, a beauty who’s lost in her own world, which tells us why he’s the way he is and the way she is.

He also talks about his competition (other suitors). He conveys how he’s pursuing her but she doesn’t pay him heed. At times, he wonders if it’s real life or fantasy, but whatever it is, it makes him feel good inside. But if he does get rejected, he wants to know why. Just a no won’t do.

Armaan’s voice perfectly suits the catchy song and the actor, who he’s singing for, for the first time. He has worked with S Thaman in Telugu films before though. His last Thaman film was Tholi Prema. He has worked with lyricist Sirivennela Seetharama Sastry before, too. Their last song together? Naa Peru Surya, Naa Illu India’s Beautiful Love.
Interestingly, S Thaman and Armaan Mallik have worked together in the past as have Thaman and Sastry and Armaan and Sastry. And Thaman and Jr NTR, but Aravindha Sametha marks their first project together.

The song has a rock vibe with instruments like bass guitar, electric violin, drums and flutes are all played to great effect. Instant chartbuster? We think so!