‘Our love for Nusrat Fateh Ali Khan saab is immeasurable’ 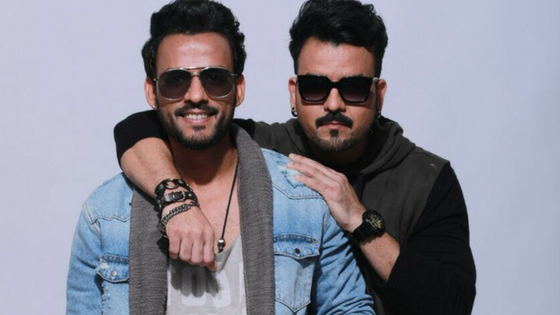 There’s something about Nusrat Fateh Ali Khan’s music that transcends time and geography. During his lifetime, he was a legend who wowed audiences across continents. His Bollywood stint was short (due to his early passing), but his music lives on through re-creations. If you listen to Shaarib-Toshi’s rendition of one of the maestro’s biggest hits Saanson Ki Mala, you’ll know what a real tribute sounds like.

The brothers have retained much of the original flavour, adding just the right amount of newness and their own touch to it and the love for the original shows through and through. We spoke to the duo recently. Here’s what they had to say about the making of their video and their love for NFAK.

Excerpts:
This feels like it has been made with much love. How much love exactly?
SHAARIB: Too much love for music, Khan Saab’s artistry and for our fans……. So much love for everything.
TOSHI: The love for Nusrat Fateh Ali Khan is immeasurable, it’s beyond extent. I’ve grown up listening to Nusrat Saab, so whatever I feel for him, cannot be explained.

What does Nusrat Saab mean to you?
SHAARIB: We’ve grown up listening to Khan Saab’s music and adapting his style of performance. I can’t describe it in words. Though he is not there with us, I still admire him and listen to his songs. There is some unique power in his composition which is everlasting.
TOSHI: He means a lot to me. There’s an incident I can relive, that may help you to understand his importance to me. When I was a child, my father used to give me pocket money during school days; it was  20-24 years ago, so at that time we used to get Rs 1 or 50 paise for pocket money. I saved all those money to buy audio cassettes of Khan Saab. At that time, the price of each cassette was Rs 18 to 19. I used to wait for almost a month to buy one cassette. So I think this explains what he means to me.

Is Saanson Ki Maala your fav NFAK song?
SHAARIB: There is no such thing as a favourite song when it comes to me, As a musician and music composer, I understand the efforts that go into creating every single song. All the hard work, sweat and sometimes tears that go into them. Just enjoy the music and always appreciate the artist.
TOSHI: I have many favourite songs of NFAK. I have sung most of them since my childhood. Whenever I sing his songs, people recall Khan Saab, they become nostalgic among people. In fact the song which I performed for the first time in television, you can say the starting point of my career was Piyaa Re, a song by Nusrat Saab which is still very close to me. Since then it’s been more than 15 years. and still people request those songs which I sang on my first ever show.

Why do you think Bollywood has found a renewed love for Khan Saab?
SHAARIB: Nusrat Saab passed away a few years after his Bollywood career began, otherwise the music he gave to us, to Bollywood at that time, if he were here now, we would have gotten to listen to much more exquisite music.. He knew what people would like. He could connect with their souls. And now we can see that his very old compositions, some of them we haven’t heard, have been recreated now and have become quite popular like they were then. I have been listening to his music since childhood. So Khan Saab’s music has no age, it’s got no limits,

TOSHI: NFAK Saab was such a person that anyone would love him or hear him just by his name… His singing, his music has what made people love him… his music runs in his fans’ blood. He was a legend who created legendary stuff. And people follow his work. Bollywood has been following Khan Saab since 1980s, I guess. So I think Bollywood found love for Khan Saab a long time ago.

If he were alive, what do you think he’d say about the many re-creations in his name and about your rendition?
SHAARIB: A much as I have heard about him from people, he was a shy person. Like he never talked too much, he never said anything bad about anyone. He was immersed in his music for 24 hours… If he were here, then maybe he would have listened and smiled and might’ve said that “My music is been recreated”.
TOSHI: If he were alive, I don’t know how he would reacted on the recreations of his songs. But as much as I learnt or heard of him, he was a very shy person. He was a pure music-man. He was not someone who would brag about himself and his works. I have listened to his interviews, too. He was like a down-to-earth kind of person, like if we would say, “Khan saab, your music is very popular among the people.. they love you so much,” his reply would be, “Yes, I’m very thankful to the people.. it’s God’s gift to me.. my parents’ blessings are with me”.. this is how he used to talk. And  most of the time, he always had a smile on his face.

What are you doing next?
TOSHI: There are many projects. We’re working for two-three films, singles as well. Films like Aadat and Mitron, which we are in the process of finalising.