One Kiss… is enough 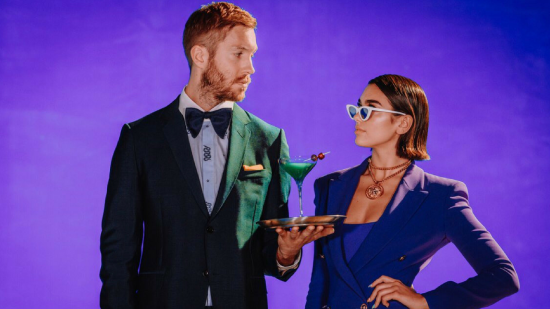 Four reasons why we love the song, the music video not so much

One Kiss by Calvin Harris and Dua Lipa is a song you can HEAR over and over again. But here’s the thing about the official music video for it, (no sugar coating) watching it once is too much.

And here’s why. We watched it via an Apple Music exclusive yesterday (it’s available everywhere now, YouTube included) and let the day pass to see if we still felt the same way the next day. We do.

LO-FI, BUT WHY?
The most overdone gimmick in music videos you see these days. We get the whole throwback vibe in the audio, shoving down the intentional-low budget-looking vid down our throats isn’t quite the same thing as wowing us with ‘Feels’, CH.

I DISAPPEAR…
Calvin’s the waiter. Literally. And figuratively. He serves. And waits. Makes a fleeting appearance towards the end of the video. And is gone again. Which can only mean…

IT’S ALL DUA
Which, come to think of it, doesn’t sound like a bad thing at all. Probably isn’t, either. And you’ll not hear Dua fans complaining. Except, what are those god awful insect props around her? Why are they there? Isn’t it enough you torture us with those ugly-a** flower props already?

ARTY-CHOKE
We’d like to believe there’s some thought to the 80s and 90s tribute video. That there’s a subtext to the choreography. That seeing the video through kaleidoscopic eyes might blind us to the possibility that… you know, this video isn’t as arty as they’d like us to believe. No, you don’t get to hide behind that smoke-screen.