On Armaan Malik’s birthday, here are 10 of his best-loved hits 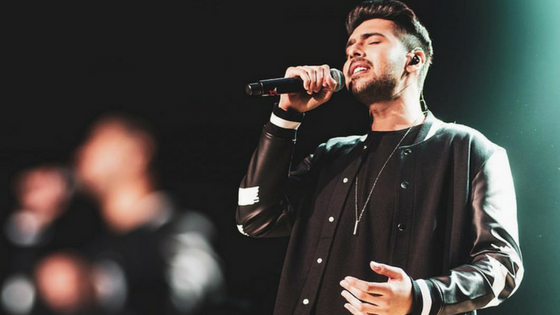 The ‘Prince of Romance’ turns 23 today

Armaan Malik might not have won a popular music competition (or even made it to the finals, for that matter) in his younger days, but today, at 23, without a shred of doubt, has won hearts everywhere, by being consistently good at what he does.

In what might seem like no time at all, he has amassed several hundreds of millions of views and streams since debuting in 2008 (in Bollywood) and in 2014 (in the non-film space). Also, there’s the fact that he has hits in languages as diverse as Marathi, Bengali, Kannada, Malayalam, Tamil and Telugu. Did we mention that he has a very large and devoted fan following, known collectively as the Armaanians?

At 21, Armaan Mallik became the youngest Indian playback singer to perform at the SSE Arena in Wembley in the UK.  And, that too, on his debut world tour. Since then, he has become a performer of note, a highly sought-after singer and the ‘Prince of Romance’.

The ‘Rising Star’ as AM prefers being termed, has told us in the very recent past, “I wanna keep rising and not stay stagnant and complacent with where I am and what I’ve achieved. I will keep moving onwards and upwards, no looking back.”

But it’s his birthday today, and we can’t help but get nostalgic about some of his best-loved songs…