What you need to know about Kanhaiya West / Kanye East 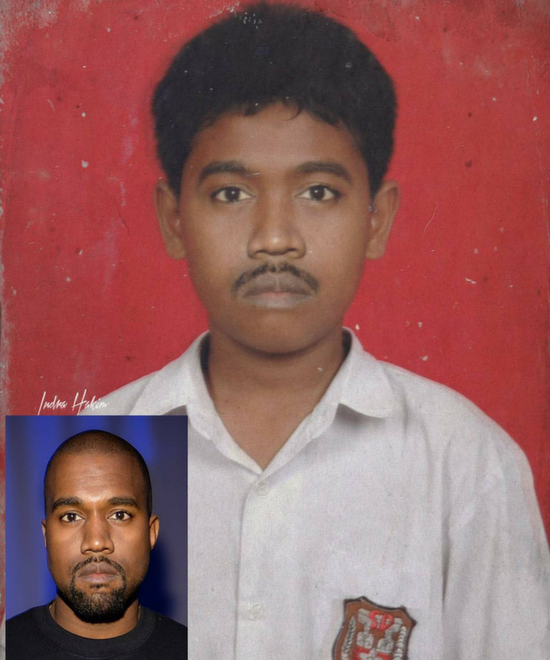 What you need to know about
Kanhaiya West/ Kanye East

A kid (with a hint of moustache) who’s a Kanye West-lookalike? Sure all of us have seen the meme by now. The picture finds its roots in Indonesia.

No. It’s not a real person. The original creator of the manipulated image is Indra Hakim, who has made celebrity photoshopping an artform.

In case, you didn’t know it, the image has been around for some time now, along with those of several other music superstars and actors (Alia Bhatt and Shah Rukh Khan, too)

Indra’s series takes celebrities’ faces and seamlessly implants them on bodies of normal, everyday people from his country.

Gives the ‘stars are like us’ line new meaning.