A groovy song that’s sure to play at sangeets everywhere, it’s a surefire party-starter

AUDIO: Vishal Dadlani starts in full-throttle, Badshah revs up the song into top gear and leaves the dance track open for Payal Dev to cruise through. Lyrically, it’s a nok-jhonk boy-vs-girl number that goes through the paces.

VIDEO: There’s an upscale party going on and lead pair Arjun Kapoor and Parineeti Chopra are at opposite ends of a ballroom. He’s on the dance floor almost immediately. They’re presumably not talking for some reason. Parineeti resists at first, but eventually brings sass to the floor.

VERDICT: Groovy, for sure, but like Tere Liye, despite the cinematography, we’re more sold on the audio than the video itself.

To listen to the song on your fav streaming app, click HERE. 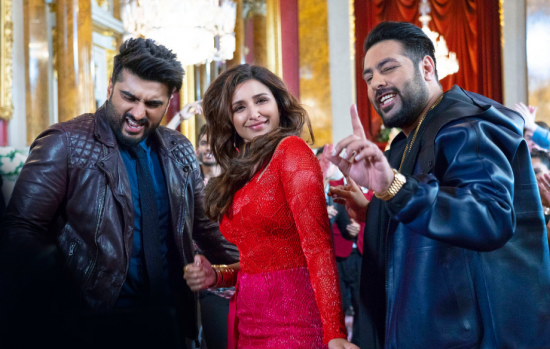