AUDIO:
Arijit Singh and Shreya Ghoshal sing for a mid-tempo romantic Javed-Mohsin composition, with lyrics penned by Prashant Ingole and Kunaal Vermaa. Naveen Kumar (flute) and Ankur Mukherjee (guitar) are some of the live instrumentalists whose work features on the track.

REVIEW:
Visually, this lead pair has just the right amount of chemistry. Despite the constant location shifts, you’re invested in their story enough to be intrigued to see how it plays out.

While it starts out and plays out all cutesy, you see it all come to naught in the last 20 seconds of the video’s running time. You are made aware that their relationship is too good to last, throughout (it opens with the lines — They once had a love story — in case you were ever in doubt).

The narration of cause-and-effect plays out in the lyrics and you can’t help but sing-along. It’s just the sort of sticky love song that you’ll be humming long after you’ve heard it.

If only, it didn’t remind us so much of Brothers’ Sapna Jahan in some parts…

Anyway, if you want to hear the song, you can stream it by clicking on the following links…
Gaana, Saavn, Hungama Music, Idea Music, Wynk, Amazon Prime Music, iTunes and Apple Music 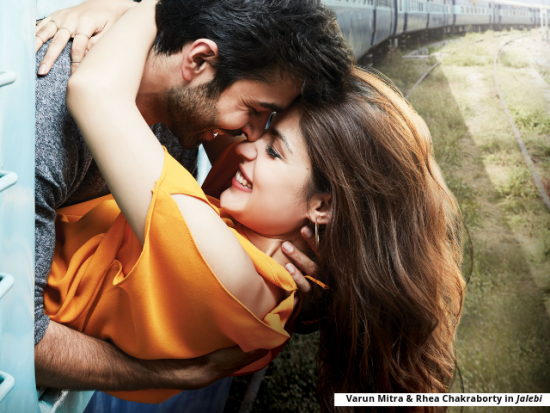