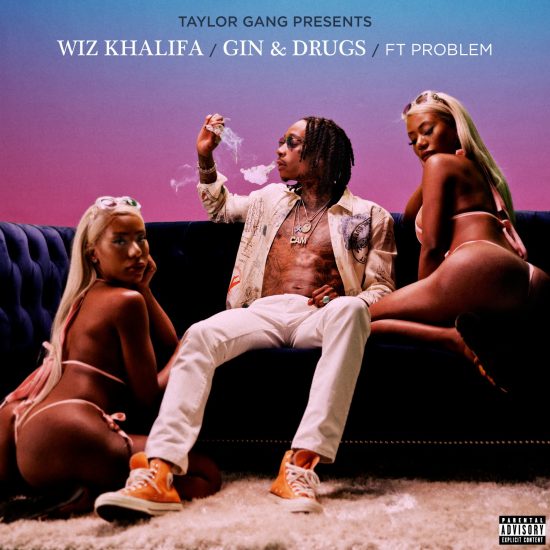 We might as well call him Weed Khalifa at the rate weed shows up in Wiz Khalifa’s trippy music video for Gin & Drugs featuring Problem. The track features in the rapper’s recently released 25-track album Rolling Papers 2.

ABOUT THE TRACK
Apart from the title, though, Wiz shares no commonality with Snoop Dogg’s classic hit and similarly titled Gin And Juice. And in case you were wondering, Problem is an up-and-coming rapper from Compton, California.

The track does, however, sample Going Back To The Cali by The Notorious B.I.G, which itself samples the line you see in the song “Want more bounce, we got more ounces” from Zapp’s More Bounce To The Ounce.

Wiz talks about weed, growing up in Pittsburgh, Pennsylvania. He continues to reference Taylor Gang Entertainment, which he founded in 2008.

ABOUT THE VIDEO
Directed by Spencer Hord and featuring animation by Pix3lface, the G&D video serves to underscore what the lyrics say. The video begins with Wiz as boss-man seated on a plush sofa set against a green screen. Feels lo-fi (inspired by John Mayer?), but if you watch closely has quite a few artistic flourishes. Very little left to the imagination if you’re watching this, even without being under the influence.
Ever the entrepreneur, he promotes his game Weed Farm and his brand of ‘green’, Khalifa Kush in the video description.

VERDICT:
When you have money to throw around and play the boss, you can make trippy videos about anything you want. Wiz knows that better than anyone at this point. Call him a sellout if you want. But remember, money sells!