MUSIC VIDEO REVIEW: ‘Chogada’ is the garba party-starter you’ve been waiting for 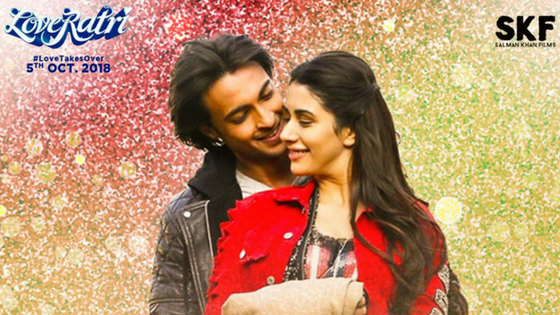 The music video for the first single of Loveratri is out and Gujarati or not, you can’t help but sway to its beats.

This Gujarati-Hindi hybrid is a mid-tempo stomper that builds into the irresistibly dance-worthy chorus. A crowd-pleaser in no uncertain terms, Chogada is the track you’ll hear playing all festival season.

The video on the other hand, set against the backdrop of London Bridge is something of a head-scratcher.

Aayush is clearly the Student Of The Year at the Salman Khan School of Dancing because he apes Bhai’s signature moves to the T. Also, we can still buy into the ‘let firangs be background dancers in decidedly Indian costumes’, but how do you explain Aayush Sharma wearing a biker jacket while driving in, on a jeep/tow truck(?) towing in his screen dad Ram Kapoor trying his best to convince us he’s a drummer. He’s not. And in case you hadn’t noticed, he assaults a dhol with random, out-of-sync thwacks towards the end of the video.

Nevertheless, the audio itself will hold you right till the very end.

Check out the video here: