MUSIC REVIEW: MUKKABAAZ͛ has a couple of standouts, has limited appeal 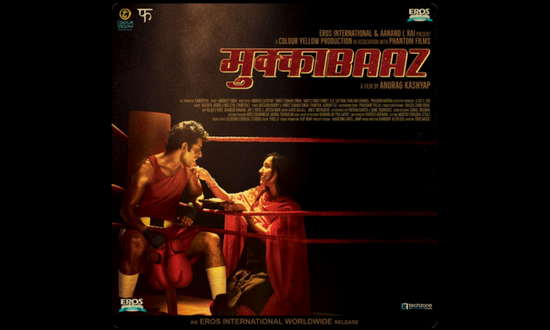 1. Paintra: Like a tiger on the prowl, DIVINE rages with street swag through this introduction song. Nucleya puts his trademark spin on this one.

3. Mushkil Hai Apna Meil Priye: @brijeshshandilyaofficial spits out the many ways the hero is different from the object of his affection. The pace just builds and builds. Pop-culture influenced lyrics by Dr. Sunil Jogi and music by Rachita Arora.

4. Bahut Hua Samman: Swaroop Khan mouths words (lyrics by Hussain Haidry) that are quite unlike his repertoire. It͛s a war cry of sorts, a statement of intent.

5. Bohot Dukha Mann: Rachita Arora joins Dev Arijit on vocals for this rather beautiful semi-classical love song. Seems out of sorts with the rest of the songs here, though.

6. Chhipkali: Vijay Arora sings this one, perfectly intoned. The lazy drawl and country feel only add to the charm. Rachita composes. Pretty sure it will have limited appeal, however.

8. Adhura Main: Deepak Thakur sings on this Vineet Kumar Singh composition, with only a harmonium for accompaniment. It sounds like it was amateurishly recorded, but we͛re guessing that͛s probably intentional. The song, going by the words, is a song of yearning. Of two lovers separated and pining for each other.

VERDICT: It͛s not for everyone. The limited appeal is because of it having mostly situational music. There are a couple of standouts, though.