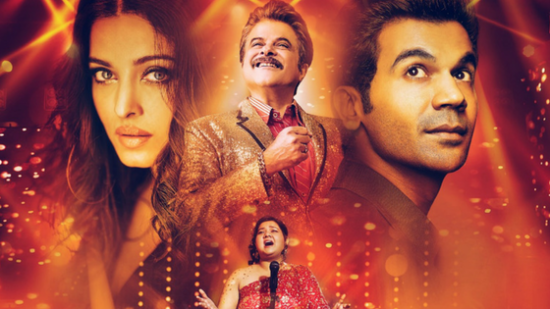 The music-makers took the title too seriously, it seems!

MOHABBAT
Tanishk Bagchi plays ‘back to the future’ as he remakes ‘Jawaan Hai Mohabbat’ from the 1946 film Anmol Ghadi. Yes, we’ve kind of used up all the newer classics. Sunidhi Chauhan is pitchy in some parts. The jhankaar beats don’t do much to cover it up either. And yeah, Irshad Kamil’s verse is making us wonder if he’s on a hiatus and there’s someone else impersonating him.

HALKA HALKA
It’s time for us to wake-and-shake to some classic Nusrat Fateh Ali Khan and burn the dance floor with Sunidhi Chauhan and Divya Kumar bringing a summery vibe to what is essentially a moody qawwali, but this re-creation is courtesy, a debutant in this space. Say hello to Mr Amit Trivedi! Light, loose and loud, it’s meant to be cutesy, but is SOOOOO whatever. Yeah, whatever.

ACHCHE DIN
Amit Trivedi enlists the woes of a regular Joe whose biggest problem is making do with what he has. Experimental, it’s the sort of introductory track with a beautiful wind instrument section. Is he trying to question the inflation though? Is this a statement by Irshad Kamil on the ruling party’s election promise? Or is it a more personal pondering.

TERE JAISA TU HAI
If you’re not discovered or found, doesn’t mean you have lost. The words behind the song are powerful in their intent. It’s a motivational track that encourages you to be your own person. A lilting melody with old-world charm, it has Monali Thakur sounding screechy in parts, yet mostly earnest. Her high notes are exuberant and sharp, though the pronunciation isn’t always clear. The price of being yourself, we guess.

FU BAI FU
Amit takes a traditional Marathi folk song out on a quirky Bollywood spin with Monali singing this one at a nukkad ka variety show. Feel toh aa rahi hai, and she does what’s required of her. It’s best heard loud, but if you do, it’ll have people wondering what happened to your taste in music.

VERDICT
If the intention was to downplay what one’s best at and settle for okay-ish, AT & Co, have done awesomely. Tanishk’s usually far better at what he does, too. Looks like everybody in the music department took the title a little too literally.