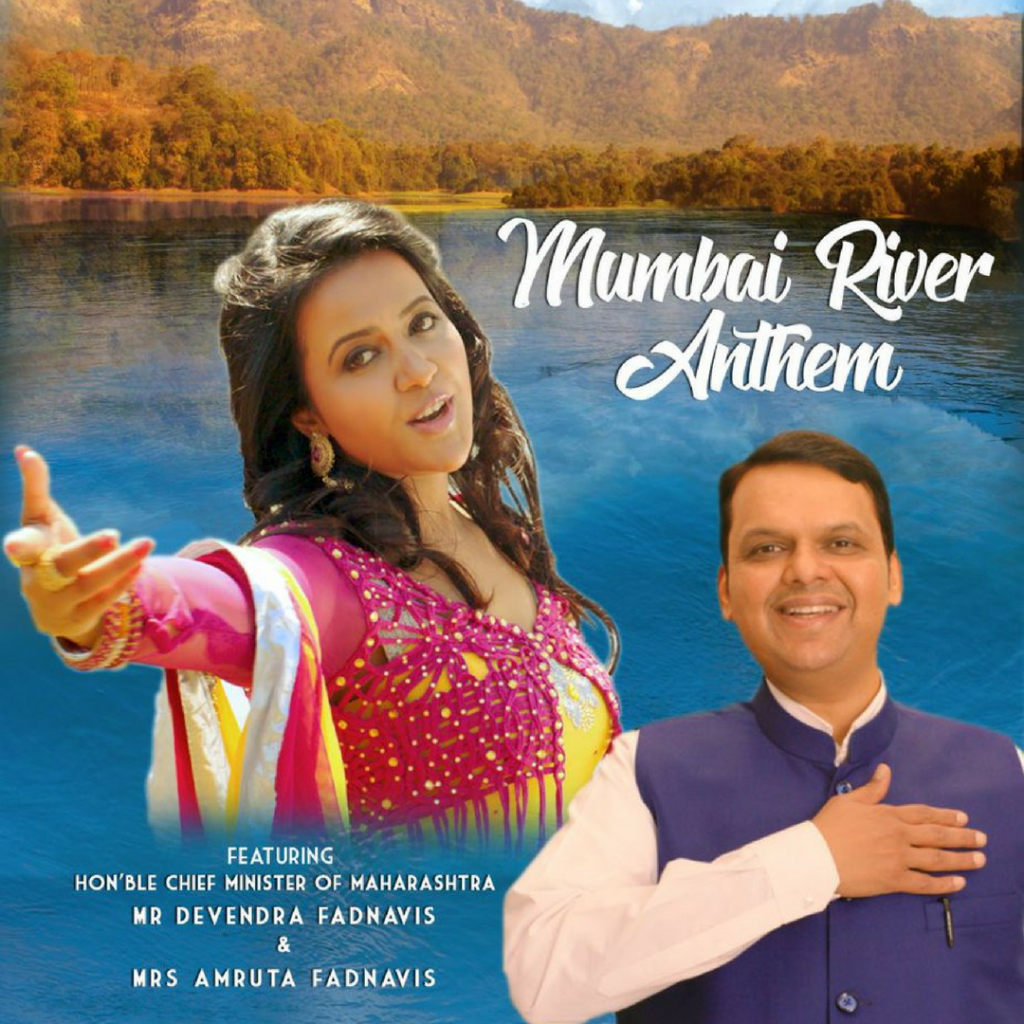 Do good intentions make for a good music video? Not necessarily. The reason behind the video (directed by Sachin Gupta) for the rather straightforwardly-named Mumbai River Anthem is to raise awareness about “river rejuvenation”. Something the Maharashtra Chief Minister Devendra Fadnavis’s wife Amruta Fadnavis (and one of the singers of the song) takes pains to ensure comes across.

The video opens in what one can surmise is the official residence of the Maharashtra CM. Mrs Fadnavis is pensive after going through a news clipping that simply says ‘River Rejuvenation Awareness Campaign’.

The next scene sees her on the banks of a water body, presumably at the Sanjay Gandhi National Park. She proceeds to give us a history lesson on the four rivers of Mumbai (Dahisar, Mithi, Tasso and Poisar) that course through the SGNP.

You’re told about the problems the rivers face and soon after, for the chorus, in stroll volunteers from the River March. Special appearances by the Minister of Finance & Planning and Forests of Maharashtra, Mr. Sudhir Mungantiwar, Commissioner of Police, Mr. Datta Padsalgikar and Municipal Commissioner of Mumbai, Mr. Ajoy Mehta aim to show you dedication of the powers that be to her cause.

It’s the CM’s appearance that kinda holds your attention. If you were wondering why Sonu Nigam needed to do playback for him instead of making an appearance in the video himself, your guess is as good as ours.

In case you haven’t heard her before, Mrs Amruta Fadnavis CAN hold a tune, but doesn’t have a voice that has instant recall.

The lyrics by Abhijeet Joshi are functional. The music by Subhash Kamod is ordinary. The chorus is about the only part when you have some sort of engagement with the song.

There are more appearances — by people dressed in traditional Koli wear, doing a Hawaiian wave and by random people on a jetty.

Very low on appeal, but top marks for intention.