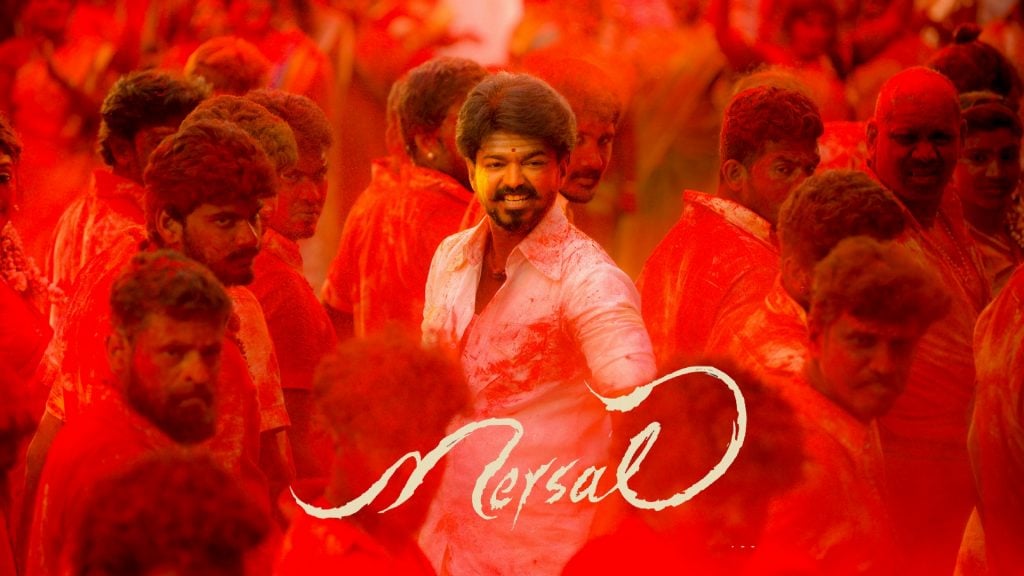 1. Maacho: A decidedly young track, it brings several musical influences to the table and instead of a melee, creates a melange of melody. Sid Sriram and Shweta Mohan take the rather peculiar-sounding Tanglish (Tamil+English) lyrics, let the words roll off effortlessly and at some points in the song, seem to be having way too much fun singing it. This could just as easily end up being purely experimental (and thereby, non-massy), but it stays the course and is an experience to be had.
2. Mersal Arasan: The percussion-heavy track (sung by Naresh Iyer, Vishwaprasadh, G.V.Prakash Kumar and Sharanya Srinivas) is the complete opposite of the urbane Maacho. Mersal speaks to the man in the street proudly. It’s inviting, uninhibited and quite the get-upper. I challenge you to not join in and dance to this!
3. Neethanae: The romantic duet (AR Rahman,Shreya Ghoshal) takes its time with you. It’s a beauty to behold if you have the patience to peruse through its treasures. It’s got a joyful vibe throughout. And what’s not to love about Shreya and ARR’s voice. And there’s a portion of the song that’s so classical ARR, it could be part of a soundtrack of his life, if you get what I mean.
4. Aalaporaan Thamizhan: The jewel in the crown, Aalaporaan Thamizhan, from what I understand, is all about Tamil pride and how it shouldn’t be taken lightly. A performance-driven track, it’s best enjoyed loud. Kailash Kher’s portions are a standout, vocally. The other singers on this track include @A.V. Pooja, Deepak, A.R. Rahman andSathyaprakash D. But what makes this track such a powerful one is the repeat value. The words, even if you don’t understand them, still coax you to sing along. The soundscape isn’t bland at all. And if you listen closely, there’s a journey to be made here. There’s an adventure to be had. And listen to it long enough, and you will.

WHAT WE THINK: Few albums have the power to hold you throughout their runtime. Fewer still compel you to listen to them repeatedly. Even fewer, if it isn’t in a language you speak or understand. ARR’s #Mersal does all that. It’s quite an experience. If you’re not on board yet, well, all I can say is that FOMO just got real. You ARE missing out on something magical.