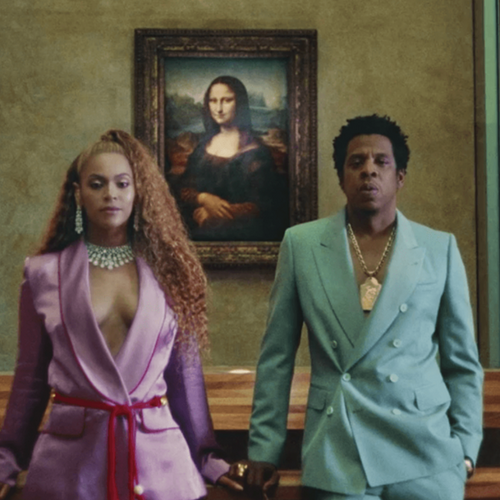 A Beyoncé-Jay Z masterclass on effortlessly overshadowing the Mona Lisa

The Carters are the ultimate power couple of the music industry. And this time, Beyonce and Jay-Z have proved it, even though they didn’t need to. With the release of their surprise album ‘Everything Is Love’, (especially the lead single Apeshit’s video), we’re lost for words.

The music video for Everything Is Love showcases a powerful collaboration with high notes and a menacing melody that we can’t get enough of. While the art on display fights for our attention, it’s impossible to ignore the beauty of the singing itself.

Jay-Z told the The New York Times in November 2017 that a joint project was in the making. “We were using our art almost like a therapy session. And we started making music together.” And truly, this is a piece of art. A masterpiece.

Beyonce raps on the track and we can’t seem to get enough of it. Is there anything she can’t do? And with Jay Z on her side, it seems like the Queen has her King by her side.

One might wonder how the Musée du Louvre granted the Carters free passage to roam around and create their own art? Well duh, it’s Beyonce! The Queen gets what she wants.

Some of the most memorable shots were as follows –
1. Beyoncé and Jay-Z standing in front of the Mona Lisa. You’d, however, be confused as to which art to look at. That’s for us to know and you to find out!
2. Bey and her dancers perform in front of a huge painting of the crowning of Josephine by Napoleon. She has been applauded for her decision to celebrate both her own racial identity and that of her dancers with the painting in the background. It is also ironic because when you consider her position, it looks as though Beyoncé is the one being crowned.
3. A group of young black men are seen “taking a knee”. This began with football players during the National Anthem in 2016, a protest against the oppression of black people in the US. Jay Z also mentions the revolt in his rap.

Everyone knows it’s not easy to overshadow Mona Lisa, but Beyoncé and Jay-Z have managed it. And that too effortlessly.