‘Marz’ video provokes you to think beyond the obvious 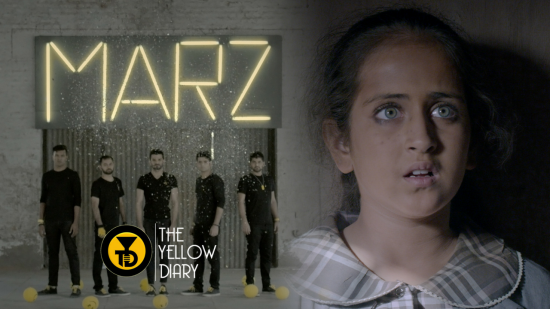 The first music video off The Yellow Diary’s debut EP is a gripping one.

‘Where would be if you stopped letting your mind silence your heart?’
It’s a question the video for The Yellow Diary’s Marz, released via Sony Music India, opens with. The visual for the first track off the Mumbai-based pop rock band’s three-track debut EP, Marz is directed by Maanavi Bedi.

Says Rohan R Jha, Pop Head, Sony Music India, “ MARZ the single has created quite a stir amongst music fans and it was imperative for us to create a compelling music video. The story is gripping and unconventional, and brings out the essence of the song.”

Featuring a young, visibly worried child (played by Gurket kaur) wandering around a fair, it takes you through a gamut of emotions overthe course of its running time.

Interwoven with a series of yellow-tinged shots of the band, Marz is painted in a bright, yet restrained palette.

The lyrics tell of a one-sided love acknowledged but not accepted. How love is a sweet punishment for the soul but brands the heart a criminal (the crime being that of falling in love hard?). The poetry becomes even more poignant when married with the visuals.

You feel for the girl’s lonely-in-a-crowd and wonder if she’s strayed away from her parents. Her worries become your worries. Her searching eyes and introverted gaze hold you.

And then, as you near the end, comes the twist. Watch it till the very end to know what that is.

When asked about the video, the bandmates say, “We believe the video brings out the spirit and the heart of the lyrics as well as the music.”