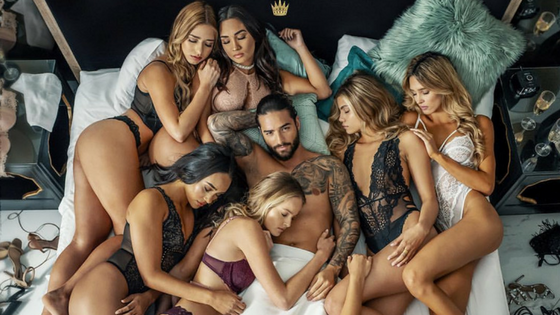 Also sends a message to his haters, how to respond to criticism the ‘Maluma’ way.

Often stuck in scandals and criticisms, this time Latin heartthrob Maluma has decided to address the issue with his new video for “Mala Mia.”

The best thing about it? He speaks in English. So for his fans, non-Latin fans, it’s a visual and audio delight as well.

The clip begins with him waking up in a room. Sounds normal, eh? But wait, let us rephrase.

The clip begins with him waking up in a room, surrounded by half-naked women. After hearing the doorbell, he opens the door and finds a group of producers ready to record a TV show. Then starts the real party as the song kicks in, giving us instant summery vibes.

Maluma dances and enjoys the pool, drinking non-stop with all the women and showing the cameras the finger. This complements the lyrics, which make it completely clear that Maluma does not give two ‘sh**s’ about criticism and won’t live his life the way others want him to.