Lost Stories and Zaeden on their ‘Uncomplicated’ collaboration

Lost Stories and Zaeden have collaborated on a new single called Uncomplicated featuring singer-songwriter Matthew Steeper and have just dropped a lyric video to go with it.

A source reveals that the artists went with their gut and put out the track independently and while it charted at #1 on iTunes Pop Chart (today as well), it ranked #3 on the overall chart yesterday morning, but dropped 10 places to #13 today.

We asked the boys about the genesis of the track. Says Rishab Joshi of Lost Stories, “The production process was super-organic. both Zaeden and I started jamming in the studio and started recording parts for the melody. Zaeden is amazing with coming up with simple but effective guitar riffs and melodies and one of those melodies became the hook of the song.”

Says Zaeden aka Sahil Sharma of the collaboration, “Lost Stories and I have been friends for a long time but never really got the chance to actually sit and work on a song. The instrumental of Uncomplicated is a result of us jamming in Rishab’s studio for few hours. It was so effortless. The guitar hook, catchy whistle melody, the powerful drop and Matthew’s vocals make Uncomplicated sound so fresh in my opinion.” 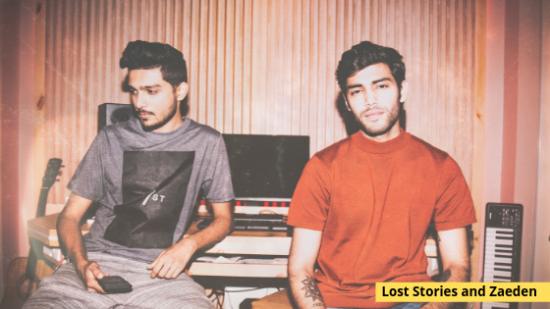 On choosing Matthew for the track, Rishab says, “Matthew is one of the best singer-songwriters we know because he delivers exactly what the song needs. We worked with him for our track Faking It and he was our first choice to write Uncomplicated with.”

Sahil agrees, “Matthew is so fast when it comes to song-writing. I first heard his vocals on Faking It by LS and ever since then I’ve been a fan.”

Check out the song HERE…