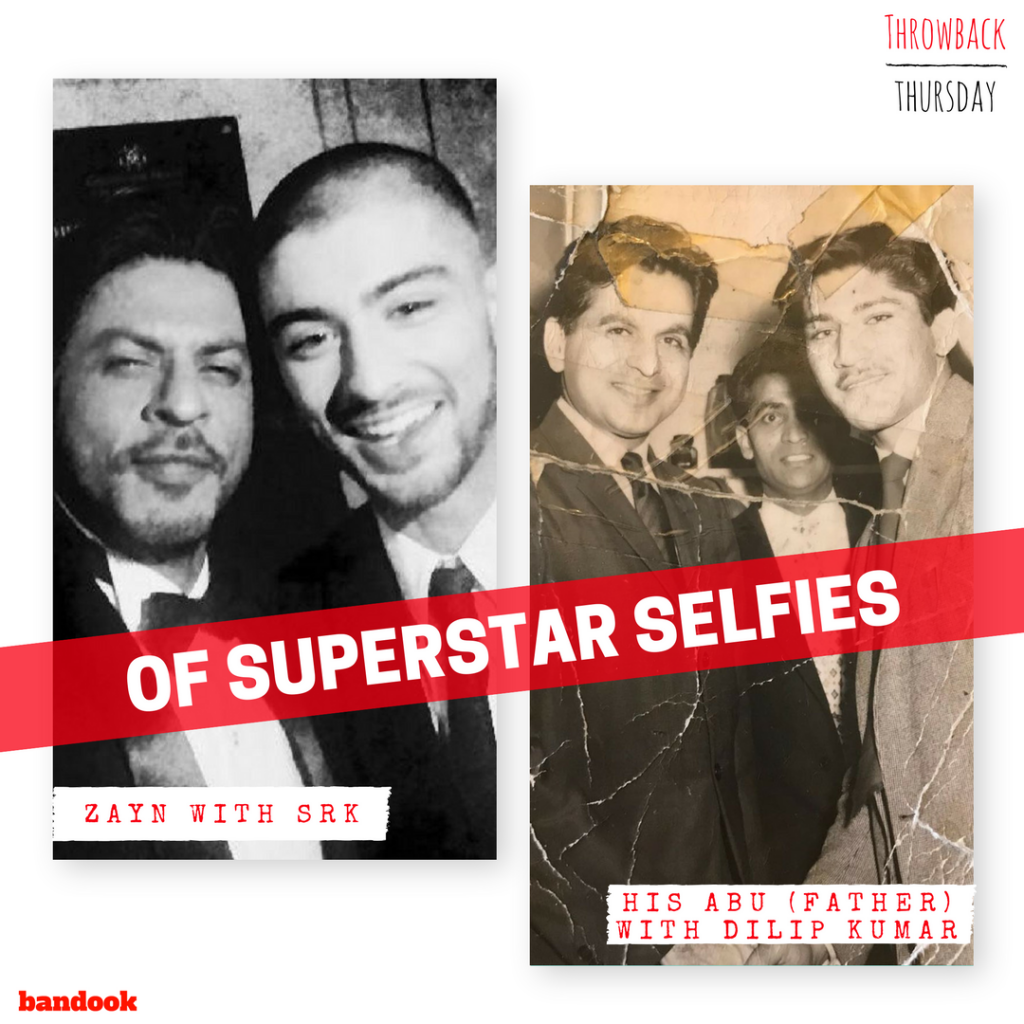 Shah Rukh Khan almost always gets compared to Dilip Kumar – in terms of performance, the way they conduct themselves and their roots – and not without reason. Both are the superstars of their respective eras.

So when singing superstar Zayn Malik posted a picture of his father Yasser Malik posing with the older actor on Instagram, it took us straight back to the time SRK posted a picture with Zayn from not too long ago.

One could assume it to be a ‘history’ repeating itself’ event for the Maliks given that Yasser and Zayn have a picture with a superstar from each’s era.

But the roots go much deeper. You see, Zayn’s dad is of Pakistani origin. Dilip Kumar (born Yusuf Khan) was born in Peshawar (currently in modern-day Pakistan) as was Shah Rukh’s father Taj Mohammad Mir.

So yeah, they’ve got closer ties than one would realise.

What we’re wondering though, is if Zayn’s Bollywood singing debut this year might be for a Shah Rukh Khan film. Fingers crossed.