Did you know about Stephen Hawking’s contribution to Pink Floyd’s music? 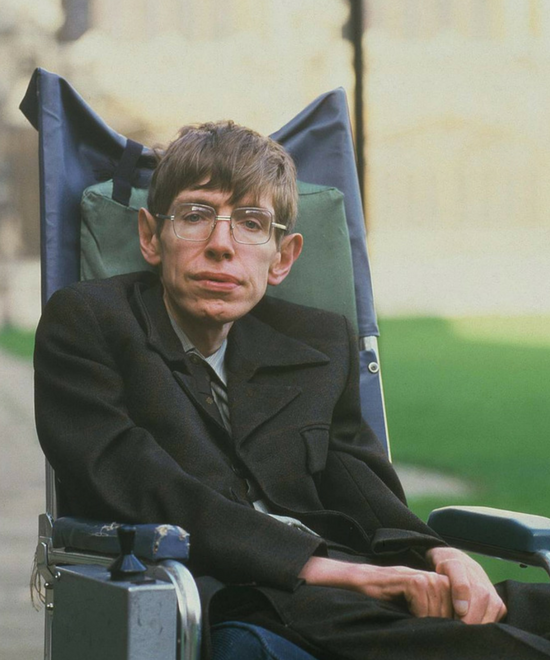 Did you know about Stephen Hawking’s contribution to Pink Floyd’s music?

Award-winning physicist and author of ‘A Brief History of Time’ and ‘The Universe In A Nutshell’ Stephen Hawking is perhaps best known for his work as a man of science and his work on black holes and relativity, but what is not as well known about the latest scientist, gone too soon at 76, is that he also thoroughly loved and enjoyed music.

In fact, popular culture celebrates him. Most famously, Hawking’s “voice” was sampled by Pink Floyd (from a UK British Telecom television advert) and used in their song, “Keep Talking” from the album, The Division Bell (1994). Hawking’s voice also appeared on the instrumental track “Talkin’ Hawkin'” from their album, The Endless River (2014). He was also referenced by Brooklyn-based rap duo Das Racist in the song “Rainbow in the Dark”, “Weird Al” Yankovic in his song parody White & Nerdy. In fact, the music video has the singer reading A Brief History of Time at this line. Manic Street Preachers‘s 2009 album Journal For Plague Lovers features a track entitled “Me and Stephen Hawking”. Did you know that Hawking is often mistakenly thought to have given his voice to “Fitter Happier” on Radiohead‘s album OK Computer? It is actually singer Thom Yorke’s computerised voice.

In particular, he is famously quoted as saying, “I enjoy all forms of music – pop, classical and opera”. But dig deeper and you find that he had a very specific taste as well.

Way back in 1992, he was asked by Sue Lawley on her show, Desert Island Discs to pick his eight fav tracks he’d take to a desert island if he were a castaway there. Guests are invited to imagine themselves as castaways on a desert island, and asked to choose the eight pieces of music they would take with them; discussion of their choices permits a review of their life. The songs Stephen picked were: Gloria by Poulenc, Brahms Violin concerto, Ludwig van Beethoven’s string Quartet, Opus 132, ‘The Valkyrie, Act One’, The Beatles, ‘Please Please Me’, Requiem by Mozart, ‘Turandot’ by Puccini and Edith Piaf singing ‘Je ne regrette rien’. And if he could take just one, he said he would take Mozart Requiem with him and listen to it until the batteries in the disc Walkman run out.

When the University of Cambridge asked him to pick his three favourite pieces of classical music way back in 2006 when the Cambridge Music Festival had the theme ‘Mozart, Music and Maths’, the University’s Lucasian Professor of Mathematics chose Igor Stravinsky’s Symphony Of Psalms, Henryk Wieniawski’s Violin Concerto No. 1 and Francis Poulenc (1899-1963) Gloria. (https://www.cam.ac.uk/…/stephen-hawking-unveils-his-top-thr…)

Despite a debilitating neurological disease that made it impossible for him to move his limbs, he was always a man in the public eye. He made several public appearances and did his best to be seen at music events, too. In fact, as late as 2015, Hawking was announced to appear at the Glastonbury Music Festival, but he was forced to cancel due to poor health.

Truly a man of science and a lover of music.