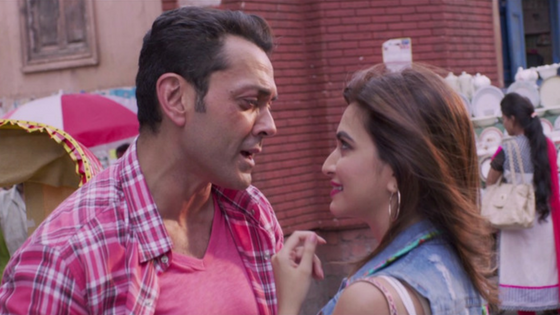 Remakes in the music industry are nothing new. Artists and musicians take inspiration from old hits and transform them into their own melody. Not original, but still, it’s something.

The story backtracks to the makers wanting to have a yoodling (mind you, not yodelling) song in the film, something similar to Kishor Kumar’s songs. With Nazarbattu, they hope to recreate the same char and hook you to the tunes and soft melodies.

Picturized on Bobby Deol and Kriti Kharbanda, the song is an expression of love.

Sung by Sachet Tandon, additional vocals by Parampara Thakur, composed by Sachet – Parampara and penned by Pulkit Rishi, this song is something like an ode to Kishore Kumar and attempts to bring you back to those days when you would listen to Kishore Saab on repeat.

Watch this space for more news.