Karan Johar’s fav track from Dhadak is out 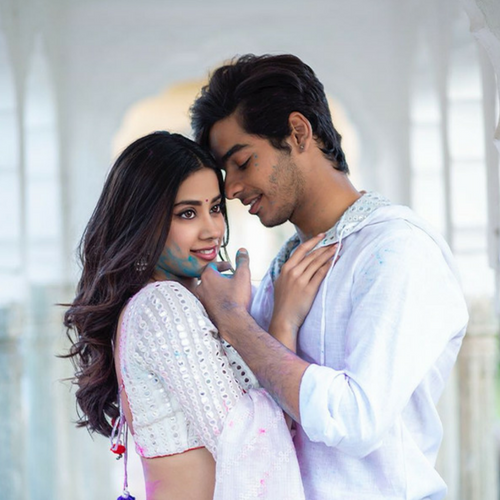 The exquisitely shot ‘Dhadak’ and its pretty lead pair Janhvi Kapoor and Ishaan Khatter are at the fore of the action in the music video for the title track.

Rajasthan serves as the picture-perfect backdrop for this tragic tale of star-crossed lovers. You see the two cavorting, stealing glances, find each other in stolen moments and mostly, try their hardest to make you believe in their chemistry.

We’ll have our time to warm up to that, but we can definitely appreciate the earthy vocals of Ajay Gogavale and Shreya Ghoshal as they sing the title song in what can be termed a near pitch-perfect rendition.

Ajay Atul‘s music is going to be at the core of making you decide if you’re going to love this Hindi remake of Sairat सैराट or not. The Marathi original is best known for its superb music, most famously Zingaat and Yad Lagla, which producer Karan Johar promised, will feature in the remake as well, as adaptations.

The title track, it was said at the time, would be an original tune, but it feels quite close to the original film’s theme in some respects. That being said, what enriches the experience is the lyrics by Amitabh Bhattacharya.

He had said at the time of the trailer launch that the title track was his favourite. It’s easy to see why.