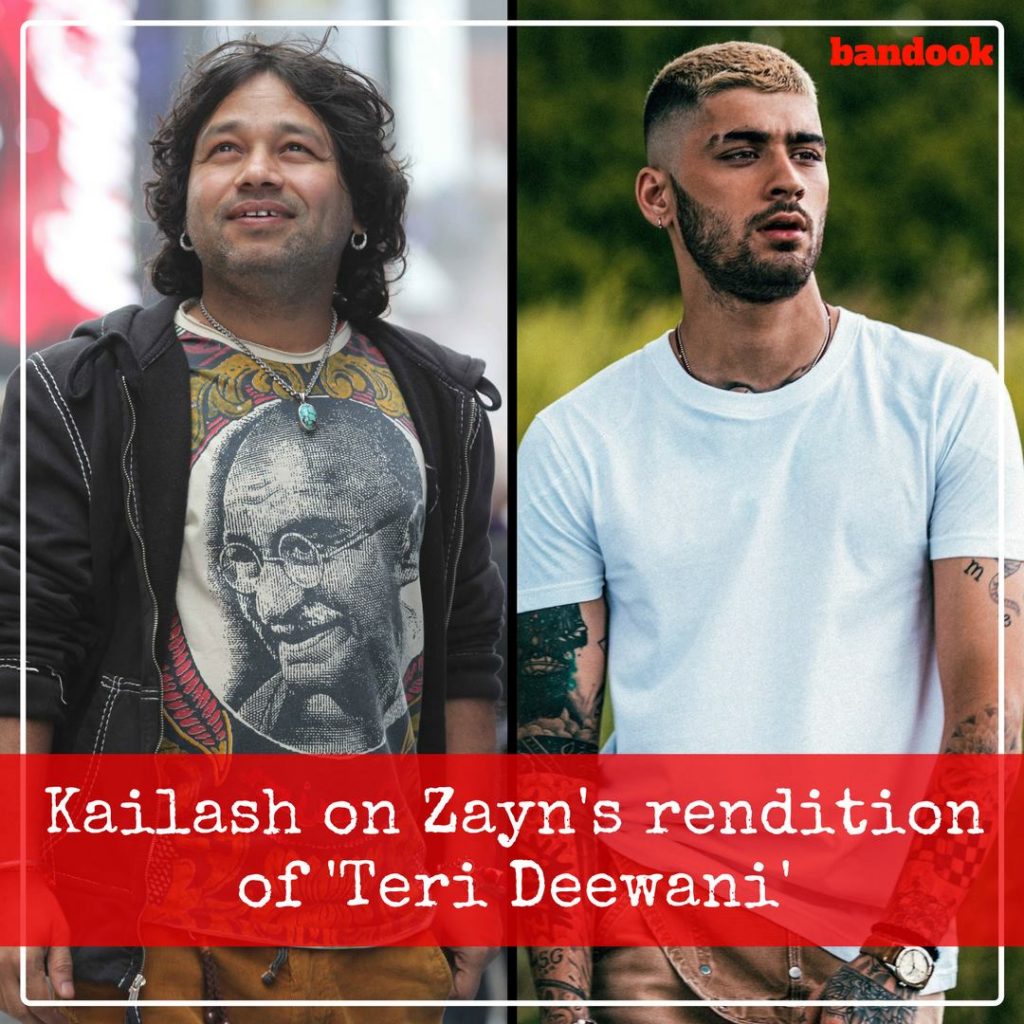 Kailash Kher heard Zayn’s rendition of #TeriDeewani, do you know what he said?
Maybe enrolling at the Kailash Kher Academy of Learning Arts will help…

We woke up to a rendition of Kailash Kher’s Teri Deewani by everybody’s fav Boy Wonder (in the music biz), Zayn Malik. The in-the-news singer recently began putting up videos of himself playing out some tunes on his Instagram page.

This sent fans and media outlets alike into a frenzy. Was he just fooling around with his guitar or genuinely giving everyone a glimpse into his personal music space?

Was he sharing snippets of unreleased work or possible concepts? Then, he started putting in cover versions. That’s when it began getting interesting.

Covers always open themselves to comparison and while die-hard Indian fans of Zayn were unequivocal in their praise for his effort, there were the critics, too who wondered why he was sounding so bad.

And we don’t know if it’s the audio quality, but as sincere as this effort (the cover of was, it really left a lot to be desired.

In any case, we wanted to know what Kailash thought of the rendition. And so we reached out to him for comment.

He admitted that “it feels nice and one feels honoured when your writing and compositions inspire millions globally.”

He gave us another instance where Teri Deewani inspired renowned singer-bassist Richard Bona. “Teri Deewani inspires many people around the globe. A few years ago, a friend sent me a link of Bona performing Teri Deewani at a concert in Japan. I’d say keep listening to music to become better human beings.”

When asked if he had any suggestions for the young Zayn, he shared, “We have our digital academy, KAILASH KHER ACADEMY OF LEARNING ARTS coming up soon there will be course dedicated to all our compositions which include Teri Deewani and all our super hits. To know the correct codes and nuances, Zayn can join and enrol like many others. it will help him improve his skill on such songs.”

You heard it here first! Zayn, what say?