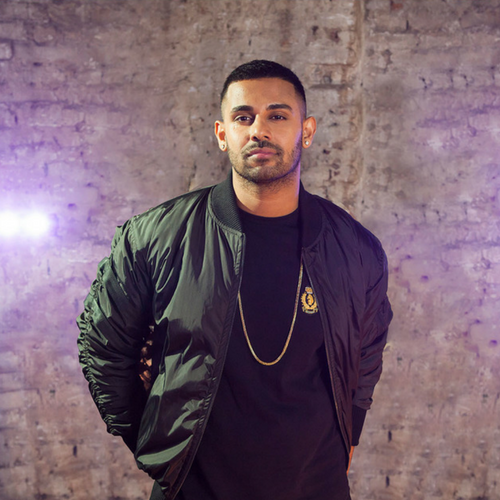 The ‘Shehzada’ singer on his priorities, his latest track, the album release date and more….

Jaz Dhami (real name: Jaswinder Singh Dhami) is perhaps best known to those who follow Bollywood, thanks to the remake of ‘High Heels’ with Yo! Yo! Honey Singh for the film Ki & Ka. He recently released his latest track Shehzada, off his upcoming album, ‘Pieces of Me’.

The bhangra music-maker from Birmingham, UK, has more to him than just that High Heels. A trained classical singer, his repertoire spans Punjabi pop, R&B and dance music.

‘Shehzada’ is the fourth single off ‘Pieces Of Me’, an album that has been in the works for a while and will see a release soon. The first single, Oye Hoye Oye Hoye saw him collaborate with B Praak and Jaani. The second was ‘Kurti Mal Mal Di’, which featured singer Kanika Kapoor, Shortie and Tigerstyle. The third ‘So Simple’ had BAMBI BAINS, Snappy and Rav Hanjraon board. Shehzada has VRakx Rakesh Varma (music) and Fateh Shergill(lyrics).

He explains that music director Vrakx (real name: Rakesh Verma) is a good friend and that the two had been working on a couple of songs over the past seven months or so. “We’d completed a couple of songs, began discussing what was missing. And then it came tous. We really need to make a well-written, cool bhangra song. We drew inspiration from the lyricist of the song. We called up Fateh Shergill and told him what we wanted. Turns out he’d written something along those lines, he sang the lines over the phone. We loved it and got working,” says Jaz, of how the song came to be.

Excerpts of our chat about the song and more…

Will Shehzada be a part of ‘Pieces Of Me’ like ‘So Simple’ and ‘Oye Hoye Oye Hoye Are?’
100%! Shehzada is the fourth single from the album, I’ve tried to make every single sound different and cater for its own given space. I’m confident that my fans and music lovers will enjoy the other four songs on the album, too.

When can we expect the album to drop?
It’ll be out at the end of May. Really excited for my fans to hear the other songs especially a song called Faisla and Aitvaar.

What, would you say, is the song and the video’s USP?
It’s simple, cute and has a romantic element to it. You can sing along to it. The video suits the romantic feel of the song.

You’ve got the looks. Would you consider acting in Bollywood or Pollywood?
Why not? If a role was to suit my personality and it revolved around being a musician/singer [maybe then]. I’ve been approached in the past, but I’ve always been about singing, so I wouldn’t want people to see me in any other way.

WIll you be composing for anything in Bollywood after the High Heels remake?
Yes, of course, I’ve worked on a couple of projects which I’m sure will come through in due course. But I have been working more on my independent music and my album ‘Pieces Of Me’.

Of all the songs you’ve created so far, which one has the craziest memory attached to it?
Has to be a song called ‘Meh Panjabi Boli Ah’. I performed it at an event in the UK. I remember a five-year-old boy singing it word for word, along with me on stage. It felt so good to know that the song resonated with that child and the song was serving its purpose of reminding people that we must not forget our mother tongue wherever we are.

We hear you’re a fan of J.Cole. What are your thoughts on his latest album, KOD?
Yes! He’s one of the best rappers of our generation. It’s not just his ability to rap, it’s the social and conscious efforts he makes to deliver messages. I was lucky enough to see him in concert last year in New York. That concert was one of the best concerts I’ve ever been to, and it stamped my love for him as an artist. I’m still going through KOD, at the moment. J Cole is a rapper that demands you to listen to his lyrics and I haven’t actually had proper time to do that, but I’m sure I will, In the coming weeks. It’s gonna be amazing, I know.