One more Grammy nomination for Jain with ‘Alright’? 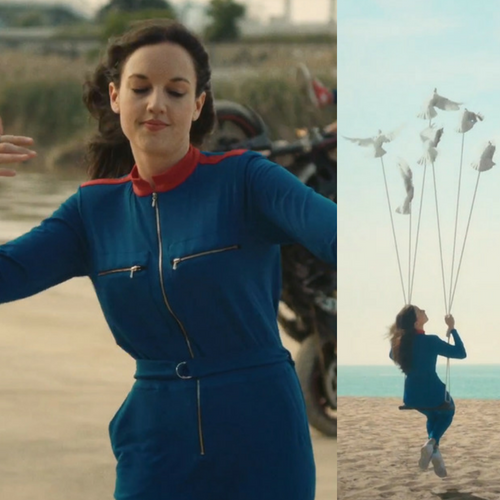 Think of the name of any JAIN video. Whether it’s #Dynabeat, #Makeba or #Come, you’ll be hard-pressed to tell us which one impressed you more. Each video put out by Greg et Lio is a visual masterpiece on its own (as we told you before — sharply edited, cunningly devised and breathtakingly eye-catching). Alright’s music video has dropped and the post-breakup pick-me-up song is all sorts of wow.

We were in love with Alright’s lyric video. Go to our earlier article on it to know what we loved about it. And then come back here and read on.

Because hey, we’re still talking about the Grammy-nominated French singer who takes our breath away every time she puts out a video.

Starting with a zooming closeup of her sneakers which has a heart in two pieces and ending with Jain perched on a swing held aloft by a flight of doves, each frame of the video is intricately designed to hold your attention.

Wonderfully edited and ethereally crafted, it’s the sort of thing fever dreams are made of.

And what’s the best part about this breakup song? Not having any boys in it. Yes, you’ll see a couple of them in one sequence. But that’s it. And they’re there only to prove a point. Who needs them, right?