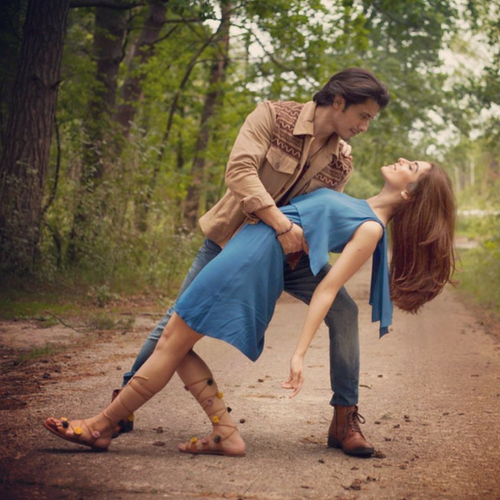 Ali Zafar and Maya Ali in TEEFA IN TROUBLE

Pakistani actor-singer Ali Zafar’s upcoming romantic action comedy Teefa In Trouble has two singles out. The music, released through India’s Junglee Music, is as ‘Bollywood’ as they come.

The first track Item Girl (featuring Aima Baig opposite Zafar as co-vocalist and Maya Ali opposite him in the film) might as well feature in a Bollywood film. The second, a romantic track called Chan Ve composed and penned by Ali Zafar (and also featuring Aima), makes you wonder out loud: is this Pakistan’s answer to Salman Khan’s Selfish?

Selfish, if you remember (of course you do!), is a track from Race 3, penned by Salman Khan and composed by Vishal Mishra. It came under severe criticism for its Hinglish lyrics sung by another prominent Pakistani singer, Atif Aslam.

The question really is: How better off (or worse off, for that matter) is Chan Ve? Well, for starters, it does make you instantly question the wisdom behind the Punjabi-English hybrid just like Selfish did. And then, you warm up to the idea of it, like we did, with Selfish.

Except… Chan Ve belongs in an urbane love story, where the main protagonists are young,

speak today’s lingo and are connected to their roots as well. The flow is not as laboured and Aima and Ali have amiable voices.

What do you think?