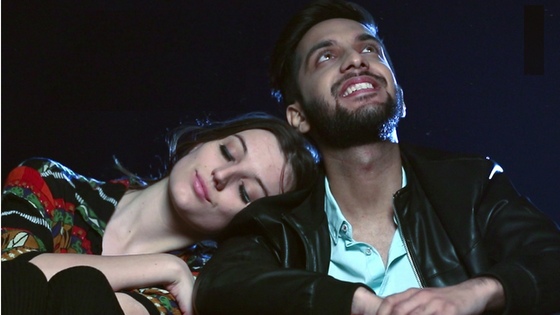 Elena Liman and Jai Taneja in a still from Jaana Kahaan

Singer Jai Taneja on Bollywood dreams and his band as well

They’re all twenty-somethings, but the folks in Aawaaz, a Delhi-based band with a new single out, Jaana Kahaan have a mature sound. Leading from the front is 22-year-old singer, Jai Taneja, who began his musical journey at 16, two years later, he formed the six-piece band. Aawaaz has Jai Taneja (Lead Vocalist), Elena Liman (International Female Vocalist), Somnath Das (Drummer), Abhishek Negi (Bassist), Deepak Gupta (Guitarist) and Nitin Garg (Keyboardist). His bandmate Elena features in the video for Jaana Kahaan with him. She’s from Ukraine.
What it seems, has worked for them, is that they’re the first band in India to have a female international artist and a unique blend of Bollywood, Sufi, Rock, Retro, Punjabi & English music.

Jai’s Intezaar was the last single to release through T-Series for the band.

Here are excerpts from our introductory conversation with him…

Do you have any Bollywood aspirations?
Yes, the ultimate goal is to be a playback singer and I am working hard for that, but I also want to continue doing live performances with my band AAWAAZ & work on my independent music as I love writing, composing and singing my own melodies.

And if you had the chance to jam with an artist from Bollywood, it would be…
One person I would love to jam with will be Arijit Singh for sure! I really admire his work and it will be a great learning experience for me.

Three things we won’t hear about you anywhere else.
1. Stage is my first love.
2. Am coming out with two or three more songs this year which are again written and composed by me.
3. Don’t want to limit myself to any specific genre. Will try and experiment with my music in the upcoming songs.