‘I kept hearing the rap in a Sufi tangent’ 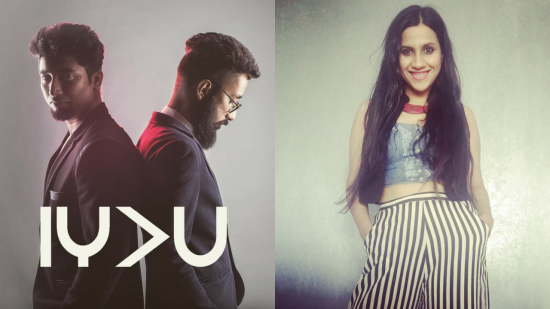 Nikhita Gandhi on working with electro-hiphop duo IYKU for ‘Maya’

When not playback singing, Nikhita Gandhi takes up the most experimental of projects. After last working with an Iranian rapper on a protest song, she’s now collaborated with Kolkata-based electro-hiphop duo IYKU on the new single, Maya, which blends Kabir ke dohe with rap.

The singer has had an interesting couple of years working in film projects as well as personal, independent ones, often as a featuring artist.

This is IYKU’s debut single, but the duo — rapper Santhanam Srinivasan Iyerand producer Kuntal De — have worked on other projects before. EPR was part of the rap collective Underground Authority, who hit the limelight after Salman Khan asked them to remove the entire Dabangg soundtrack after watching them perform on India’s Got Talent. Kuntal has worked with EPR on past projects.

Maya blends genres like alternative hip hop, rap, dubstep and electronica. They have settled on a lyrically Indian theme and Nikhita offers that Indian folk touch to the electro-hip-hop music.

We ask Nikhita about the story behind Maya. She says, “EPR had written the rap first and sent me the track and said he wanted to do something with me. I don’t know why I kept hearing it in a Sufi tangent (which is not what they were originally going for). So I found some Kabir ke dohe which were on the same context as the rap, aka self-actualisation and following your own path and just believing in yourself and not letting others’ opinions and narratives dictate our own. And that’s the song.”

Now you know it.